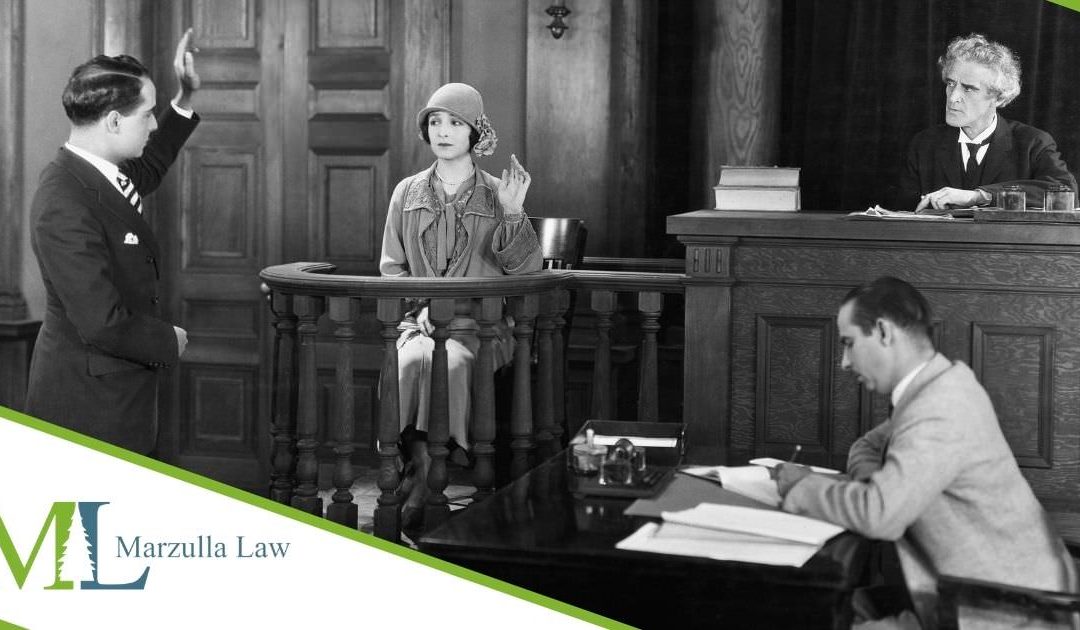 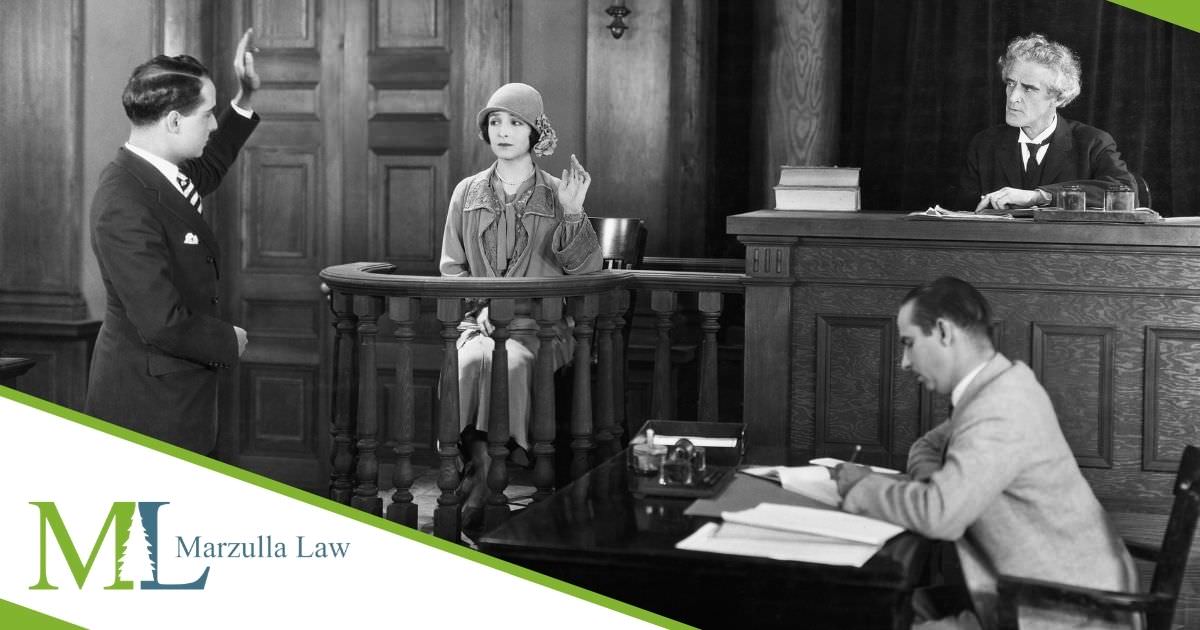 For trial witnesses offering opinion testimony under Federal Rules of Evidence 702, 703, or 705, Rule 26 of the Federal Rules of Civil Procedure requires the witness to prepare and disclose to the opposing counsel a written report that contains a complete statement of all opinions the witness will express at trial, the basis and reasons for those opinions, and the data or other information considered by the witness in forming them. Fed. Rule Civ. P. 26(a)(2)(B).

Such expert reports have traditionally been considered hearsay—prior, out-of-court statements offered to prove the truth of the matter asserted.  See, e.g., Ake v. Gen. Motors Corp., 942 F. Supp. 869, 877–78 (W.D.N.Y. 1996) (excluding as hearsay the report of an expert because it was not a business record, a record of events made at or near the time of the event, a record involving the proponent’s regularly conducted business, a public record, a prior consistent statement because it was not offered to rebut a charge of recent fabrication or improper motive, an adoptive admission because it was not offered against the party who adopted it, or the basis for the expert’s opinion because “the report is his opinion”); see also Fed. R. Evid. 803 (exceptions to the hearsay rule).

Expert Reports Do Not Neatly Fit the “Hearsay” Definition

For starters, expert reports do not fit neatly within the hearsay definition. They are a disclosure of the testimony the expert will give at trial. In that sense, they are a part of the testimony, similar to pictures, graphs, or spreadsheets (which they often contain) used to organize and summarize the testimony. And, given that an expert report must disclose all of the expert’s substantive opinions, the oral testimony is in large part a recital of the contents of the report itself.

Expert opinion is offered to assist the trier of fact to understand the principles of specialized fields of science, economics, engineering, or other discipline implicated in the particular case.

Further, because the report expresses opinions rather than facts, it is hard to say that it is “offered to prove the truth” of the conclusions reached by the expert. Instead, expert opinion is offered to assist the trier of fact to understand the principles of specialized fields of science, economics, engineering, or other discipline implicated in the particular case. The trial judge may accept or disregard all or any part of an expert’s opinion—unlike relevant and credible fact testimony—based on gating considerations such as the reliability of the methods the expert used in reaching his or her conclusions. Because an opinion is not a fact, an opinion is not easily characterized as true or untrue.

A recent opinion issued by the Delaware Chancery court exemplifies the analysis courts are increasingly employing to admit expert reports into evidence. In  In re Comtech/Gilat Merger Litigation, No. 2020-0605-JRS, 2020 Del. Ch. LEXIS 306 (Oct. 2, 2020), the trial judge admitted expert reports over the opposing counsel’s hearsay objection, concluding that expert reports show sufficient indicia of trustworthiness to be admitted as reliable hearsay. Noting that the expert reports had been disclosed well in advance of trial, that the authors had been deposed and would be subject to cross-examination at trial, that the parties were on notice that the reports would be admitted, and that the reports dealt with matters uniquely susceptible to expert proof, the court concluded that “as factfinder, I am certain I will find the expert reports of use as I deliberate the evidence and reach my verdict.” Id. at *3.

While the case applied Delaware evidence law, the relevant provisions for expert reports and the definition of hearsay parallel the federal rules and most states’ evidence codes. The decision raises important questions about the role of expert reports in complex litigation, where the outcome often turns on the experts’ testimony.

To Admit or Not to Admit Expert Reports

Increasingly in nonjury trials, expert reports are often admitted into evidence by the court, by agreement between the parties, or without objection on motion by one party.

In the U.S. Court of Federal Claims, a federal court in Washington, D.C. which has jurisdiction under the federal Tucker Act to hear all non-tort claims for money damages against the United States, the court routinely admits expert reports and generally reads them well before trial. At least one judge on that court even dispenses with direct testimony from the expert, treating the Rule 26 report as the expert’s direct testimony and allowing only cross-examination by the opposing party, shortening the trial and dispensing with the unnecessary formalities of qualifying the expert and having the expert explain orally what the report already sets forth—often with details and citations important to fully explaining the expert witness’s opinion. This allows the court and the parties to focus directly on the key issues on which the court requires expert opinion.

In the U.S. Court of Federal Claims, a federal court in Washington, D.C. which has jurisdiction under the federal Tucker Act to hear all non-tort claims for money damages against the United States, the court routinely admits expert reports and generally reads them well before trial.

Yet, in admitting expert reports into evidence, as with the expert’s oral testimony, the court must faithfully exercise its gatekeeper function to avoid abuse. The court should excise and refuse to admit any portion of the expert report that does not meet the  Daubert reliability standard or other gatekeeping standards under state law. See Daubert v. Merrell Dow Pharm., Inc., 509 U.S. 579, 589–95 (1993); Frye v. United States, 293 F. 1013 (D.C. Cir. 1923). The court also should not rely on inadmissible statements of fact in the report even though an expert can base his or her opinions on such statements. Where the court finds the expert’s opinion unreliable, it should be disregarded—whether stated in the written report or proffered as part of the expert’s oral testimony.

Another specialized federal court, the Tax Court, has ended the debate on the admissibility of expert reports and adopted a rule that flatly defines them as admissible evidence. See Tax Ct. R. 143(g)(2) (“The report will be marked as an exhibit, identified by the witness, and received in evidence as the direct testimony of the expert witness[.]”).

In cases in which expert reports can provide additional information, in the form of charts or tables and supporting materials, it would be worth taking a good look at whether the expert report itself should be admitted to provide further assistance to the court in resolving a technical or complex factual issue.

Roger Marzulla  is a partner at Marzulla Law, LLC, in Washington, D.C.