Can zealous advocacy and the duty of candor be reconciled? 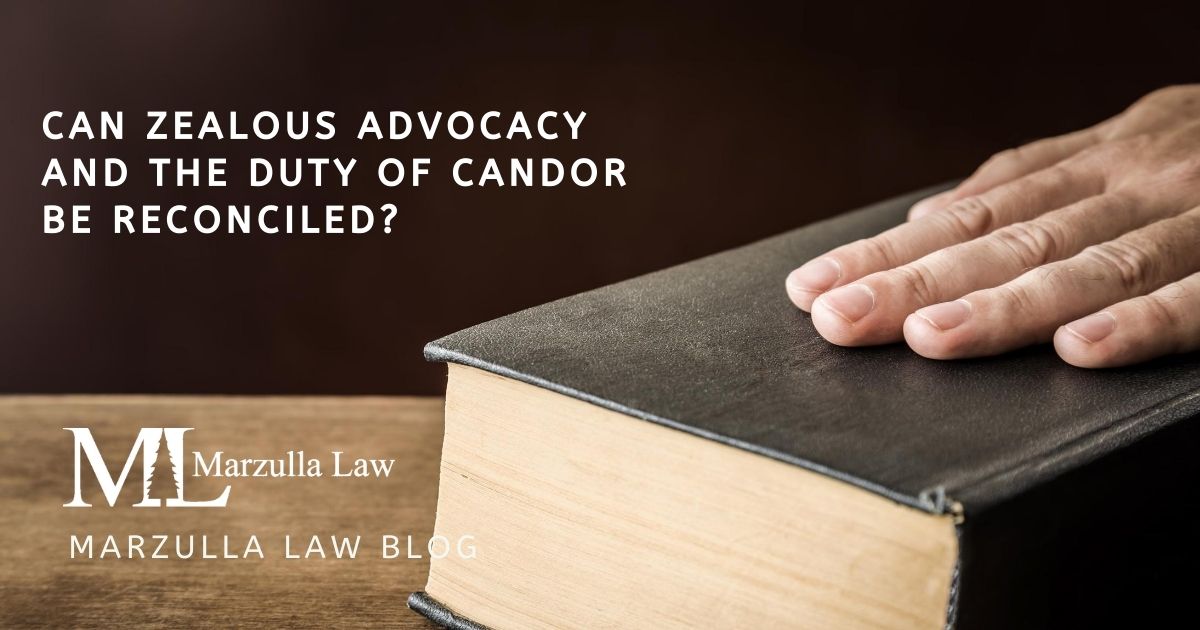 Attorneys want to win their cases for their clients—a goal encouraged by clients everywhere, including the United States when it is a client of the Department of Justice. But unless care is exercised, that duty of zealous representation can slip into violating the duty of candor owed to the court. The Court of Federal Claims recently addressed the tension between these two duties in a pending breach of contract case, Housing Authority of the City of Slidell v. United States.

After giving the Government several occasions to explain the discrepancies between its positions, the Court ordered counsel to brief specific issues intended to elucidate the Government’s position. The Court further took the opportunity to remind the parties of the important role the duty of candor owed to the Court plays in the judicial process. The Court stated:  “[D]espite our adversarial system of litigation, we are all participants in a process where the ultimate goals are to determine the truth and to arrive at a just outcome, consistent with the law.”

After noting that the Department of Justice had—at least twice—made statements that had “at the very least, a misleading effect” the Court reminded the parties that enshrined in the lobby of the Court of Federal Claims is a quotation from President Lincoln: “It is as much the duty of the Government to render prompt justice against itself, in favor of citizens, as it is to administer the same, between private individuals.”

This decision is a refreshing reminder of how our judicial system should work.