Congressional References and the U.S. Court of Federal Claims 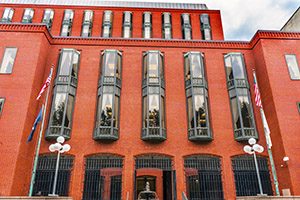 Under 28 U.S.C. Sections 1492 and 2509, the U.S. Court of Federal Claims is explicitly authorized to resolve claims referred by either house of Congress to the Chief Judge. A congressional reference case begins with a claimant enlisting the support of a Representative or Senator to introduce a bill providing the claimant with compensation and referring the bill to the Court. The Representative or Senator then introduces a private bill providing for an undefined amount of compensation to the claimant. Upon a majority vote by the house of Congress where the bill was introduced, the bill is referred to the Chief Judge by a congressional resolution.

The Chief Judge appoints a trial judge to serve as hearing officer and render a report as to the case’s merits, and panel of judges to review that report. The report is forwarded back to the Chief Judge who then reports the findings and recommendations to the chamber of Congress that requested the report. Neither the resolution nor the accompanying legislation referring the case to the Chief Judge “authorizes or recommends” any specific amount of budget authority, other Federal spending, or other expenditure within the meaning of House Rule XXI, clause 9, paragraph (e).

Once the findings and recommendation are reported back to the chamber of Congress requesting it, a bill authorizing payment of any money damages must pass both the Senate and the House, and be signed by the President. Any damages award funded by Congress is paid out of the Judgment Fund.