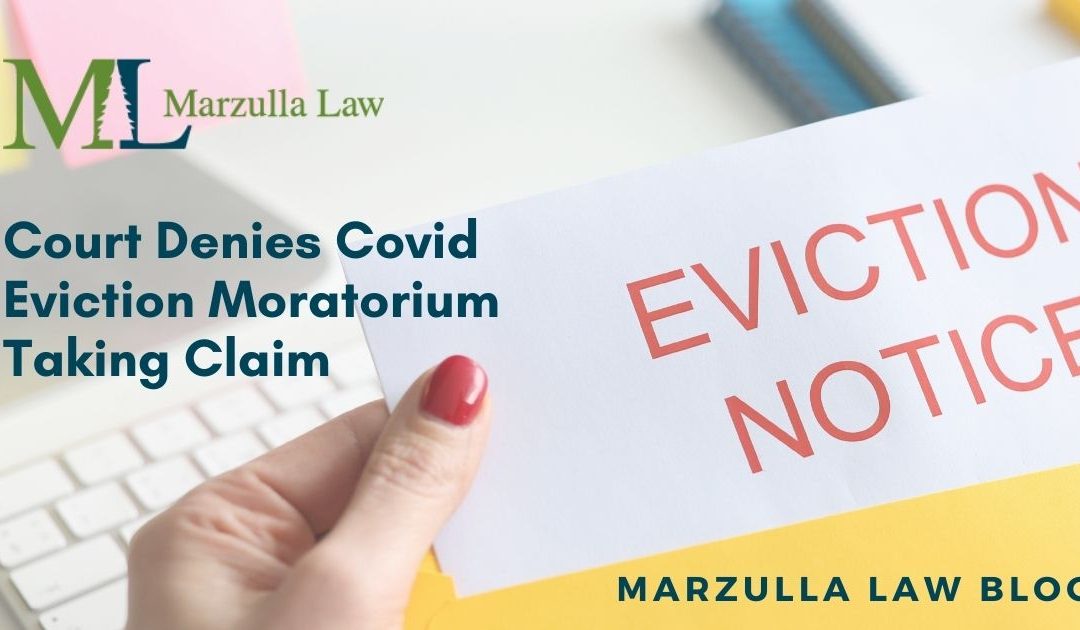 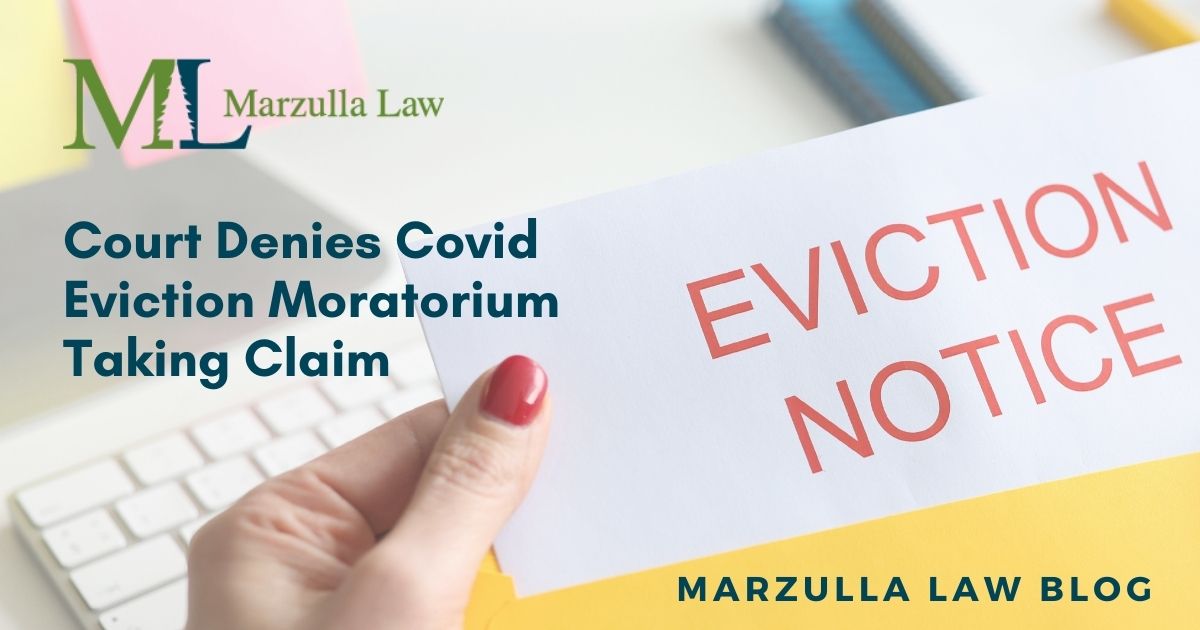 At the height of the Covid pandemic, with its widespread lockdowns to prevent the spread of infection, the Center for Disease Control put in place a nationwide residential eviction moratorium. In response, 38 landlords and rental property owners, Darby Development Company, Inc. et al, sued the United States for the unconstitutional taking of their property and for illegal exaction. The suit was filed under the Tucker Act in the U.S. Court of Federal Claims, seeking lost rent and potential monetary fines. The Plaintiffs claimed that the eviction moratorium forced these landlords to continue housing non-rent-paying tenants rather than replace them with rent-paying tenants (a taking of private property without just compensation), and subjected them to significant fines and imprisonment if they failed to comply (an illegal exaction).

Congress originally included in Section 4024 of the CARES Act a 120-day moratorium (March 27 – July 24, 2020) for eviction proceedings for certain residential rental units). After that expired, the President issued an Executive Order, of which Section 3(a) directed the Secretary of Health and Human Services and the CDC to take steps to temporarily halt residential evictions.

On September 4, 2020, the CDC issued an order titled Temporary Halt of Residential Evictions to Prevent the Further Spread of Covid-19. Later Congress extended the residential eviction moratorium through January 31, 2021. Various groups challenged the legality of the CDC’s moratorium, and ultimately the Supreme Court agreed, holding that the CDC order exceeded the agency’s statutory authority. In its ruling, the Supreme Court stated that “Section 361(a) [of the Public Health Service Act] is a wafer-thin reed on which to rest such a sweeping power.”