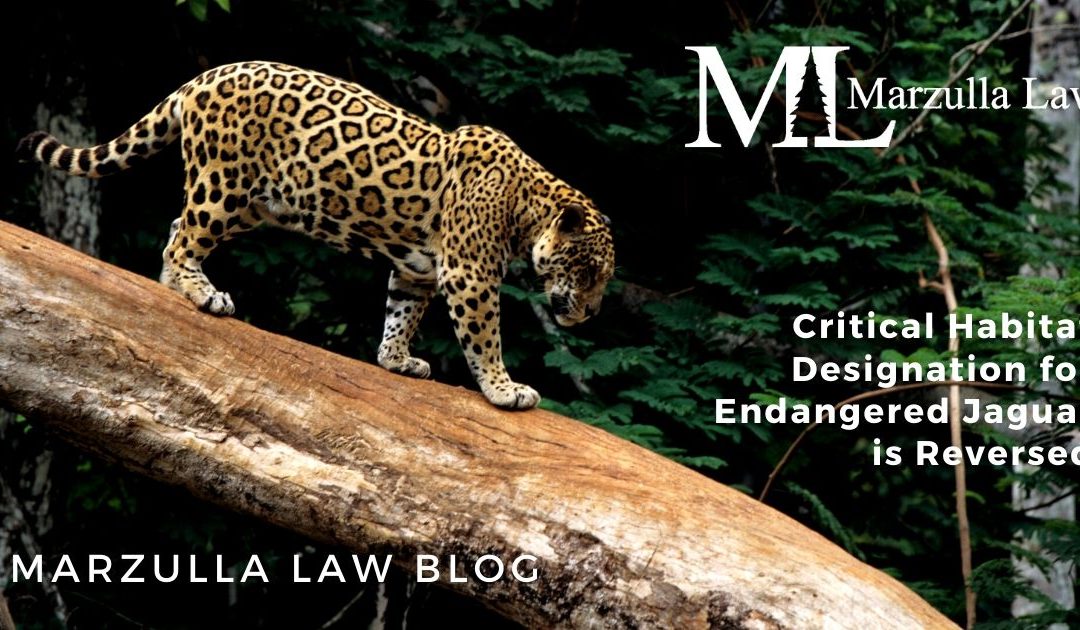 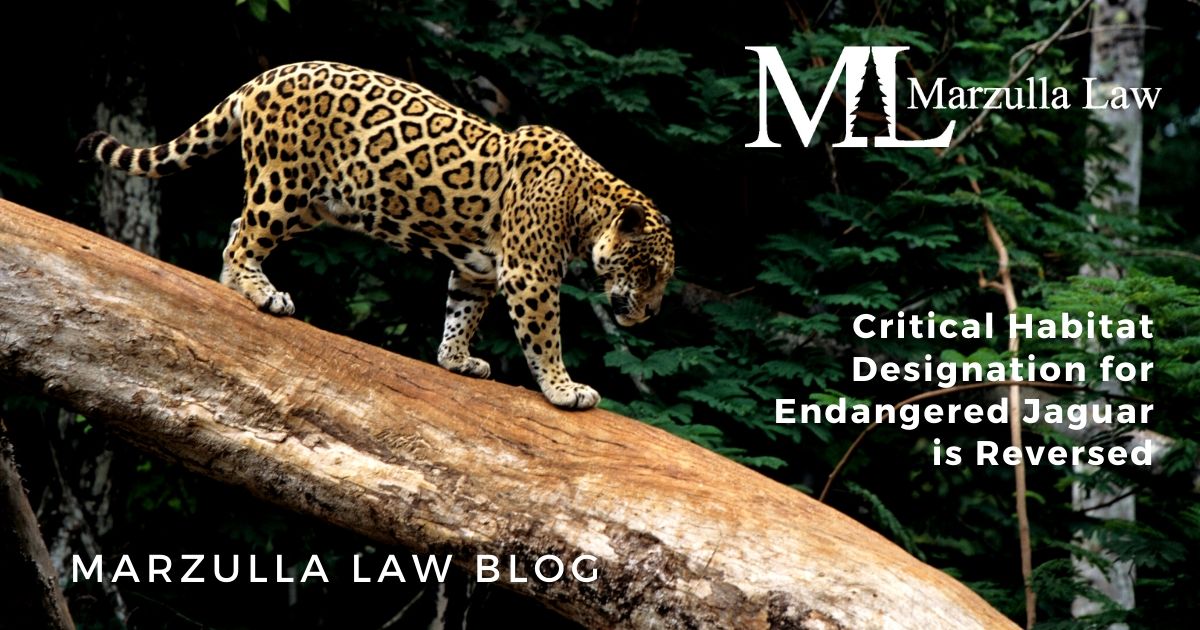 The Tenth Circuit has reversed the U.S. Fish & Wildlife Service’s designation of 100,000 acres of critical habitat for the endangered jaguar in Arizona and New Mexico, ruling that the evidence failed to support the agency’s decision that either the jaguar occupied the area at the time of listing in 1972, or that this unoccupied area was essential to the conservation of the species. New Mexico Farm and Livestock Bureau v. United States, 2020 WL 1265668.

The jaguar (Panthera onca) is a large feline found in the southwestern United States, Mexico, Central America, and South America. The U.S. Fish & Wildlife Service first listed the jaguar as a foreign endangered species under the predecessor to the Endangered Species Act, then re-listed it after the passage of ESA in 1973. But the Service did not get around to designating critical habitat for the panther until 2014, when it designated 764,200 acres in Arizona and New Mexico as occupied jaguar habitat. The New Mexico Farm and Livestock Bureau challenged the designation of two tracts, totaling over 100,000 acres, arguing that there was no evidence of jaguar occupancy and the area did not meet the statutory criteria for unoccupied critical habitat designation.

The Tenth Circuit invalidated the Service’s “occupied critical habitat” designation because there had been no sightings of the panther, which was listed in 1972, between 1962 and the 1990s. The Court rejected the government’s argument that the Service’s conclusion that panthers had occupied the area, even though they had not been sighted, was entitled to deference: “the Service’s reliance on sightings in 1995, 1996, and 2006 to support a conclusion of occupation in 1972 is not based on expert opinion and is purely speculative.”