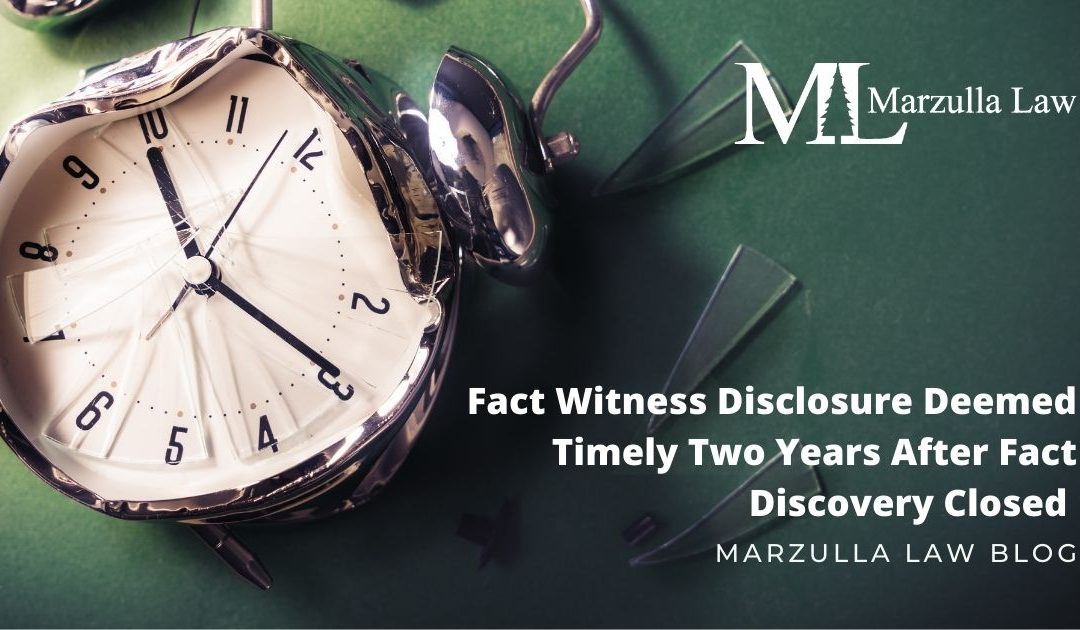 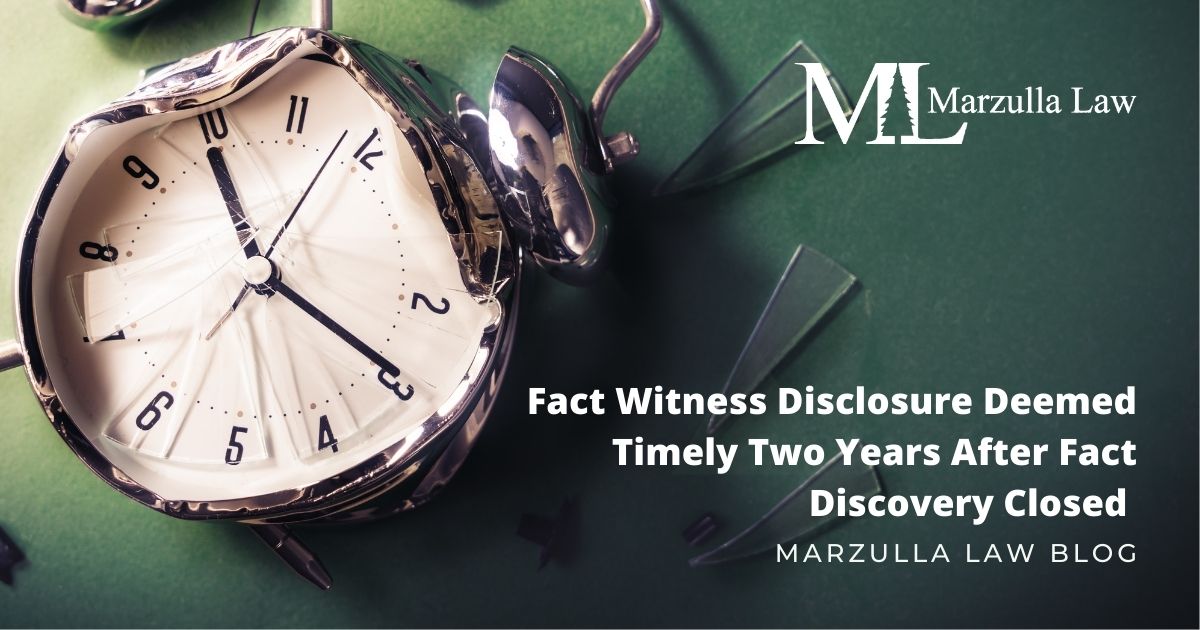 Following a year of fact discovery in a patent infringement case involving medical devices, University of South Florida, Board of Trustees v. United States, the parties commenced expert discovery. During the deposition of one of the Government’s experts, the witness testified about a discussion with a representative of the Jackson Laboratory, Brian Bannerman. Soon thereafter, the Government amended its initial disclosures to add Bannerman as a fact witness, stating that this witness would testify about the Jackson Laboratory, among other issues.

The Board of Trustees then filed a motion in limine to exclude Bannerman’s testimony contending that the Government’s addition of this new witness two years after the close of fact discovery was “simply too late.”

The Government responded by pointing out that the Court’s rules, RCFC Appendix A, ¶13(b), expressly allows the parties to identify a new witness after expert discovery closes. The Government argued that the newly disclosed witness’s testimony was relevant to damages and was timely disclosed.

The trial judge on the U.S. Court of Federal Claims agreed with the Government, holding that the Government’s disclosure of Bannerman as a fact witness was timely under ¶13(b), which provides in the context of pretrial witness lists: “Any witness whose identity has not been previously disclosed shall be subject to discovery.”

Here, the Court noted, the Government disclosed Bannerman “before expert discovery closed, before the conference prescribed by RCFC Appendix A, ¶13, and well before trial in this matter will be held.”

In denying the Board of Trustees’ motion, however, the Court pointed out that, although Bannerman had been timely disclosed, “plaintiff may assert challenges to Mr. Bannerman’s testimony at trial in this matter as appropriate.”