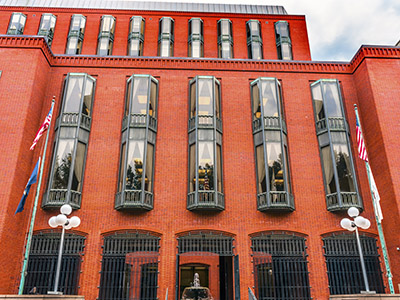 The Federal Circuit has affirmed per curiam a Court of Federal Claims decision that the Government breached a contract under which the landowners agreed to contribute the land and the Government would build a road they both could use. Rejecting the Government’s argument that the document was merely a right-of-entry and not a contract, the Federal Circuit’s decision came a mere two weeks after oral argument and affirmed in all respects the trial court’s award of damages, attorneys’ fees and costs. The trial court’s decision was written per curiam, without opinion.

Per curiam rulings (per curiam is Latin for “by the court”) are decisions rendered by the panel or court as a whole, in the name of the court, and affirm that a lower court’s decision was correct. Per curiam decisions, which are typically made when a court considers a matter to be non-controversial, do not identify the specific judge who writes the court’s opinion, and in many instances, no opinion is written at all, as was the case in this affirmance.

The 2011 decision affirmed by the Federal Circuit in this ruling was rendered by the U.S. Court of Federal Claims in a lawsuit seeking damages against the United States for breaching its contract with the plaintiffs, landowners who own private industrial land located in East Otay Mesa, California along the U.S.-Mexico border. As we discussed in a previous article, (link to ContractPage bullet 1a) IIP and the United States executed a contract in 2008 and provided that IIP transfer an easement to the Government for a road the Government was to construct on IIP’s land. The road was to be an improved public road that both the Border Patrol agents and IIP could use on a permanent basis. The Border Patrol was particularly keen to have this road built because it needed to access IIP’s land in order to complete a new portion of the border fence under a major federal border control initiative and to allow Border Patrol agents access to the Otay Truck Trail. But as soon as the contract was signed, a disagreement erupted over how the road was to be constructed and how much the Government was willing to spend in constructing it.

One year after the contract had been executed, during which time the Government utilized IIP’s land to complete construction of the border fence project, the Government repudiated the agreement, informing IIP that it would not build the road after all.  IIP then filed suit in the Court of Federal Claims for a breach of the contract to construct the road, arguing that the Government had received the benefit of its side of the bargain without fulfilling its promise to build the road for IIP’s benefit.

In its appeal, the Government made a number of technical arguments for why the contract was not enforceable, including its primary argument that all the parties executed was a right-of-entry that the Government could unilaterally decide not to use.

But during oral argument, the Federal Circuit panel of three judges hearing the appeal plainly had problems with the Government’s arguments.  At the beginning of the oral argument, one of the judges quoted trial testimony unfavorable to the Government, and then inquired: “Do you have anything that counters that?”  Apparently not, since the Federal Circuit affirmed and remanded the case back to the trial court for proceedings in accordance with the per curiam decision.

The case is now back before the trial court for proceedings in accordance with the Federal Circuit’s affirmance. [please review]