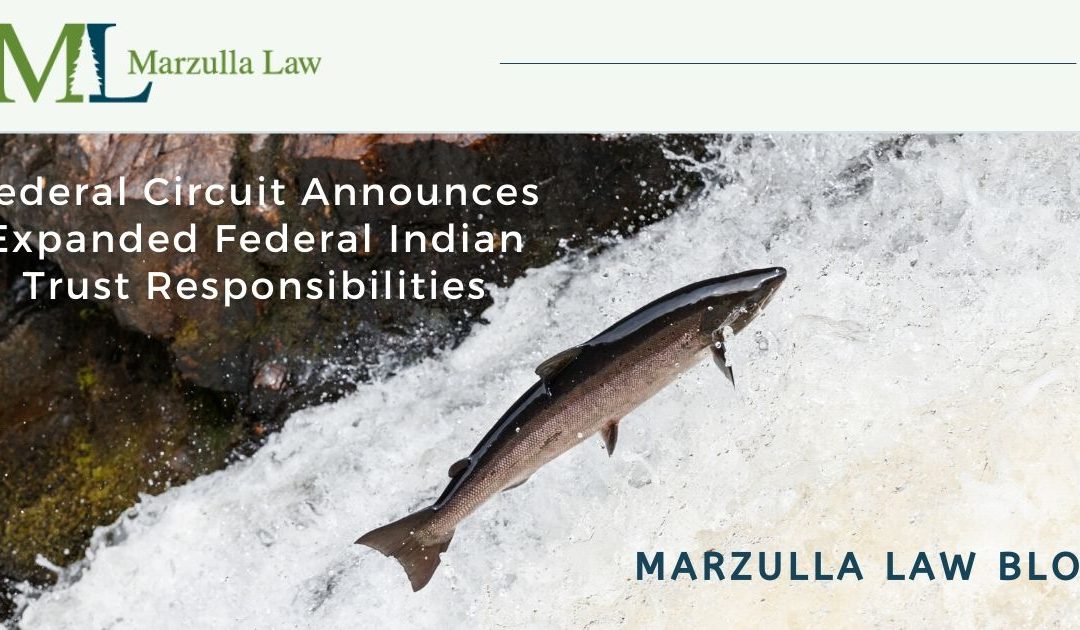 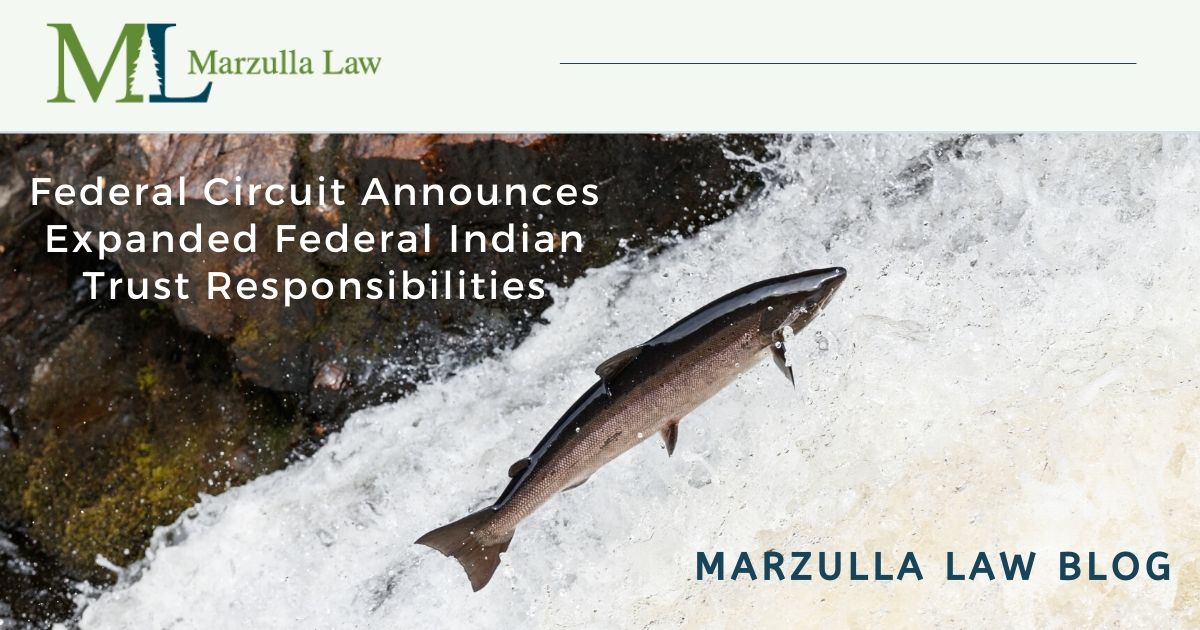 The Federal Circuit today ruled that the federal government’s trust responsibility to Indian tribes includes a federal duty to protect endangered fish species: “Here, the Bureau’s actions to comply with the ESA and to protect tribal resources were one and the same. At the bare minimum, the Tribes’ rights entitle them to the government’s compliance with the ESA in order to avoid placing the existence of their important tribal resources in jeopardy.”

The decision creates a new category of government trust responsibility to the Indians to protect endangered and threatened species that were historically the subject of tribal hunting and fishing rights. By defining a federal reserved water right as the quantity necessary to protect an endangered species under the Act, the government may well be subjecting Reclamation to a whole new set of water rights claims, along with responsibility in the BLM and Forest Service to protect the habitat of diminished animal populations on which the tribes historically relied.

And this, in turn, may give rise to new Indian breach-of-trust monetary claims for the government’s failure to preserve and restore the historic populations of fish and animals on which the tribes once relied. See Mitchell v. United States, 463 U.S. 206 (1983).

The decision comes in a long-running Fifth Amendment taking class action brought by farmers in Oregon’s Klamath basin after the Bureau of Reclamation cut off their irrigation water supplies in 2001 to protect endangered fish species, causing millions of dollars in lost crops and farm foreclosures. Under existing precedent, the government’s appropriation of water to protect an endangered fish species is a physical taking for which just compensation is due. Casitas Municipal Water District v. United States, 543 F.3d 1276 (Fed. Cir. 2008). Because Reclamation cut off their water supply to comply with Endangered Species Act requirements, the farmers argued, they were entitled to just compensation under the Fifth Amendment.

But the government responded that it was not liable because the endangered fish species were also a trust resource of three Indian tribes (the Klamath, Hoopa, and Yurok), and that protection of these fish species was compelled not only by the ESA but also by the government’s trust responsibility to the Tribes. The Federal Circuit agreed with the government that the federal trust responsibility to protect tribal hunting and fishing rights included “the requirement that the very existence of this important tribal resource not be placed in jeopardy,” as the Endangered Species Act demands. The government had used the water not only to protect an endangered species—a compensable Fifth Amendment taking—but simultaneously to perform its pre-existing trust responsibility, which is not compensable.