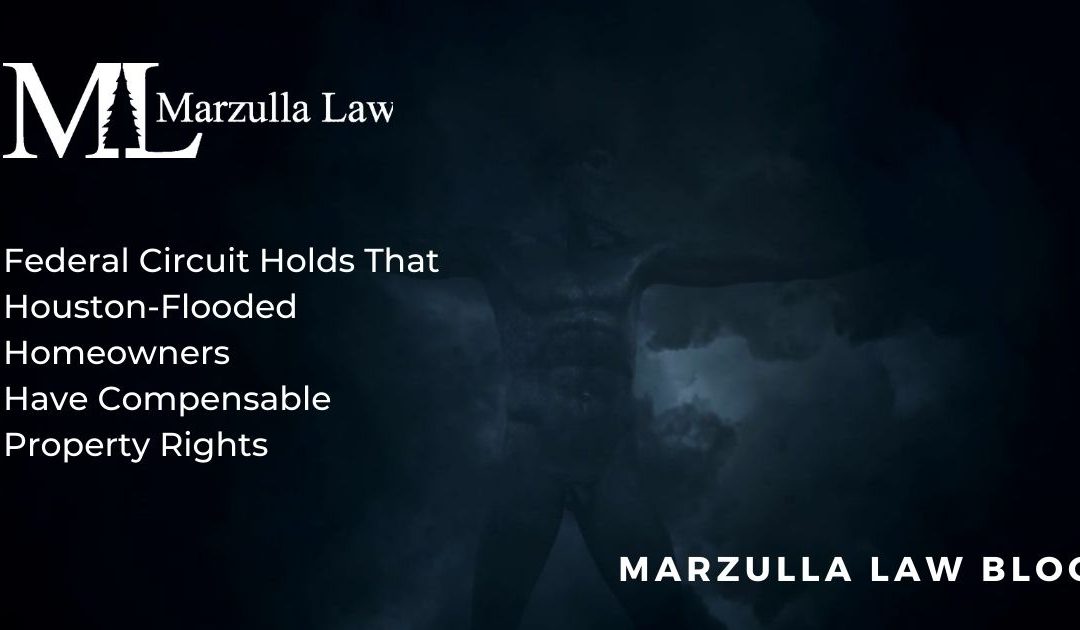 Following the devastating flooding of hundreds of privately owned properties in an area on the western edge of Houston, Buffalo Bayou, caused by flood control actions of the U.S. Army Corps of Engineers in response to Hurricane/Tropical Storm Harvey, the flooded property owners (including those represented by Marzulla Law) sued the United States for a taking. The suit, filed in the U.S. Court of Federal Claims, sought to recover millions of dollars in damage to their properties caused by the Corps’ actions.

The Federal Circuit also rejected the Government’s argument on appeal that the United States is immune from takings claims that stem from Government attempts at flood control. The Federal Circuit explained:  “The Government cannot avoid suit so easily. . . . [T]here was not evidence in the text or legislative history of the Flood Control Act” that Congress had withdrawn Tucker Act jurisdiction over these claims.