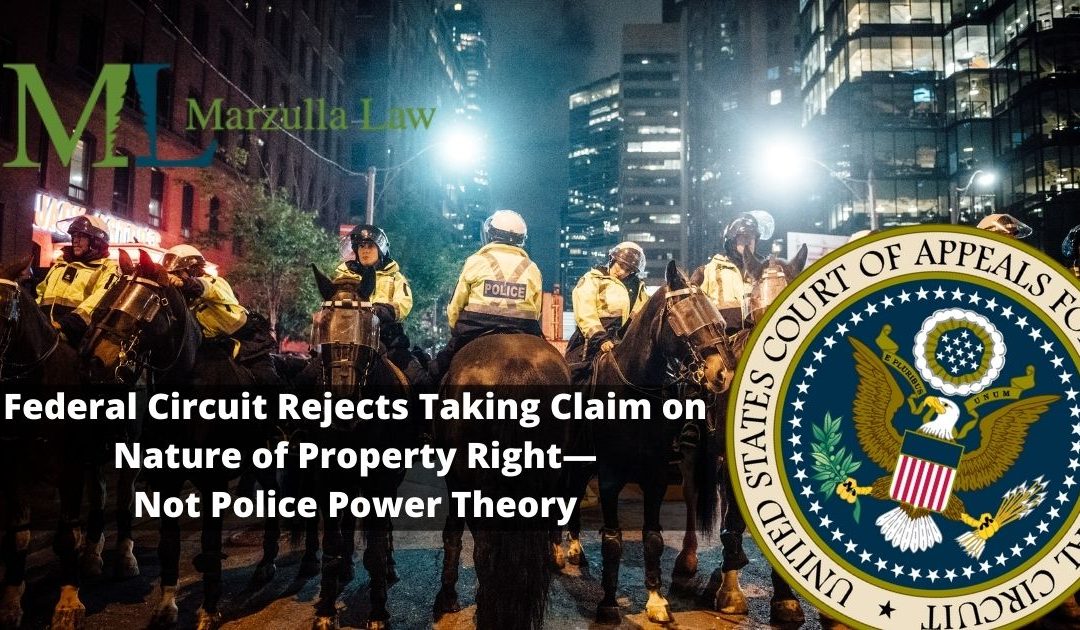 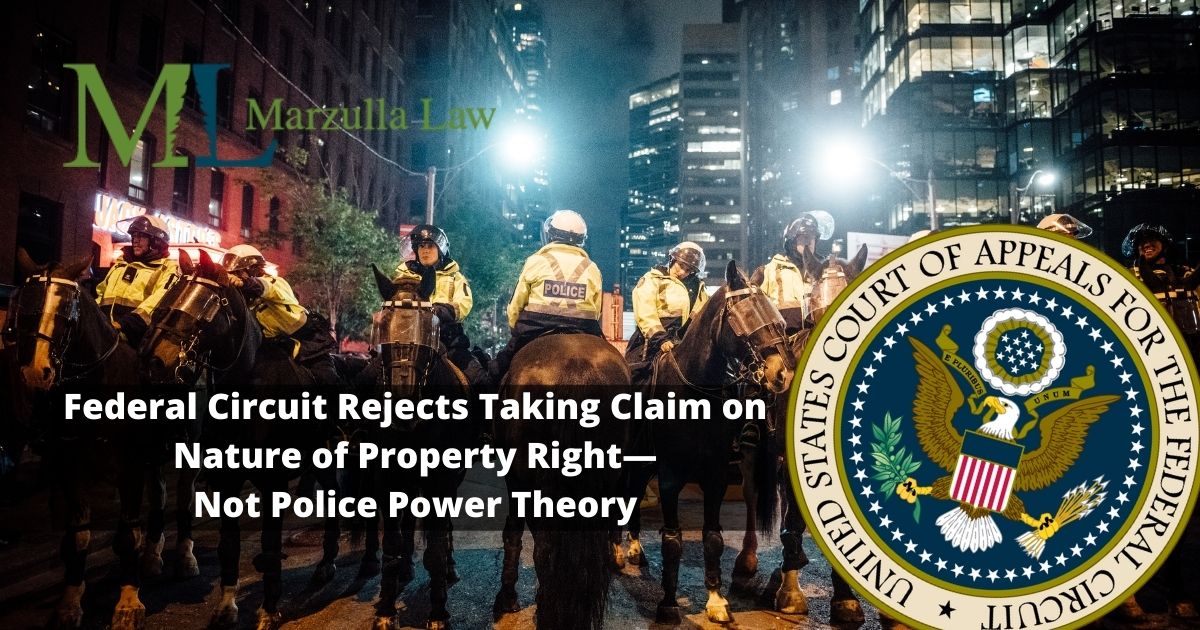 The Federal Circuit recently issued a decision in a taking case involving bump-stock-devices. This decision warrants close attention because in it the Federal Circuit did not adopt the police power argument advanced by the Government and used by the trial court to dismiss the claims. Instead, two members of the Federal Circuit panel chose a nature-of-the-property right analysis to affirm the U.S. Court of Federal Claims’s dismissal; the concurring opinion rested on a police power exception to the just compensation guarantee of the Fifth Amendment.

Following the mass shooting from a hotel in Las Vegas on October 1, 2017, during which 58 people were killed and 500 more wounded, the Department of Justice promulgated a rule to clarify that bump-stock-devices are “machineguns,” within the meaning of the Firearm Owners’ Protection Act, 18 U.S.C. § 922(o). That rule made it “unlawful for any person to transfer or possess a machinegun,” with exceptions for government and lawful possessions that predated the effective date of the statute.

Roy McCutchen and Paducah Shooter’s Supply, Inc. sued, asserting that the Final Rule took their bump-stock-type devices by requiring their destruction or surrender to ATF. The trial court dismissed the claim, holding that no taking had occurred because the Final Rule sought to protect health and safety, an exercise of the police power, and therefore there could be no taking. The trial court also held that the Just Compensation Clause “does not cover a regulation compelling dispossession of property by requiring the owner to destroy property (or else surrender it to the government) and that plaintiffs’ alternative claims of total elimination of value failed because personal (not real) property “is subject to pervasive government regulation.”

The Federal Circuit explained why it refused to affirm on the Court of Federal Claims’s rationale:

If a “police power” justification for a measure means that there is no taking, what government acts would fall into the category of takings that the Clause permits (because the act is for a “public use,” i.e., within the “sovereign’s police powers”), but only upon payment of just compensation? And if the “police power” doctrine is to be cabined to some subset of policy powers . . . What would that cabining be, what ground would it rest on, and how would it address recognized challenges, among them challenges of workable line drawing?