Federal Government Admits To Liability In Land Takings: The Otay And Bassett Cases 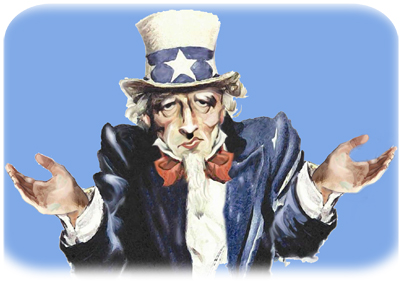 Sometimes the evidence of a taking is so overwhelming that even the federal government has to concede liability. Two such cases are Otay Mesa and Bassett.

In 2006, three commercial real estate partners in southern California filed a lawsuit (Otay Mesa Property, LP v. United States) against the federal government in an effort to obtain just compensation under the Fifth Amendment of the U.S. Constitution for the physical taking of approximately 1,050 acres of their land in San Diego County, California. The land, which is located in the path of development anticipated by a third border crossing, comprised of 11 parcels of private property which border Mexico, had been regularly entered upon for years by U.S. Border Patrol agents who were engaged in the pursuit and apprehension of Mexican nationals entering the United States illegally. In a December 29, 2007, L.A. Times article, one of the real estate partners, David Wick, stated that “if they need to use our property to do their jobs, that’s fine. But compensate us for it.” Of particular concern to Wick and his partners was that the presence and activity of U.S. Border Patrol agents on their land—-which included 24-hour patrolling, installing underground motion detectors, and even constructing new roads and a permanent tent station without permission—-was preventing them from developing it.

During the course of the case, the federal government admitted to liability for the physical taking of the landowners’ property. In an August 28, 2008 filing in the U.S. Court of Federal Claims, the government stipulated that “by virtue of its placement of [14 seismic motion sensors] on the listed parcels of land, it has taken a property interest in the nature of an easement over the parcel of land on which the sensors have been placed.”

In 1997, the Environmental Protection Agency (EPA) sought to collect and dispose of more than 300,000 tons of mining waste at the Stephenson-Bennett Superfund Site near Las Cruces, New Mexico. As a solution, the EPA deposited the waste in a nearby limestone quarry owned by Basset New Mexico, LLC, a company based out of El Paso, Texas. Although Bassett was not responsible for any of the waste that had been generated over several decades, the EPA designated the quarry as part of the Superfund site and sought to have Bassett pay over $6 million for the cost of the Superfund cleanup.

Bassett eventually filed a lawsuit (Bassett New Mexico, LLC v. United States) against the EPA for the physical taking of their property and sought just compensation on Fifth Amendment grounds. In 1999,  the government eventually stipulated to a physical taking of “at least the quarry area” of the property owned by Bassett, and in December 2002 Judge Loren A. Smith of the U.S. Court of Federal Claims in Washington, D.C. ruled for Bassett (PDF) and awarded the company fair market value of its property, plus interest and attorney’s fees. On January 30, 2004, Bassett New Mexico, LLC received a U.S. Treasury check stemming from a negotiated settlement with the EPA.

“This case shows that companies can sometimes turn the tables on the EPA when it unfairly targets people for waste they did not generate,” said Roger J. Marzulla, one of the attorneys who represented Bassett New Mexico, LLC. “It’s refreshing to see the Government step up to the plate on some occasions, although two cases hardly demonstrate a trend.”