Flooding Taking Case Dismissed for Failure to Allege a Claim 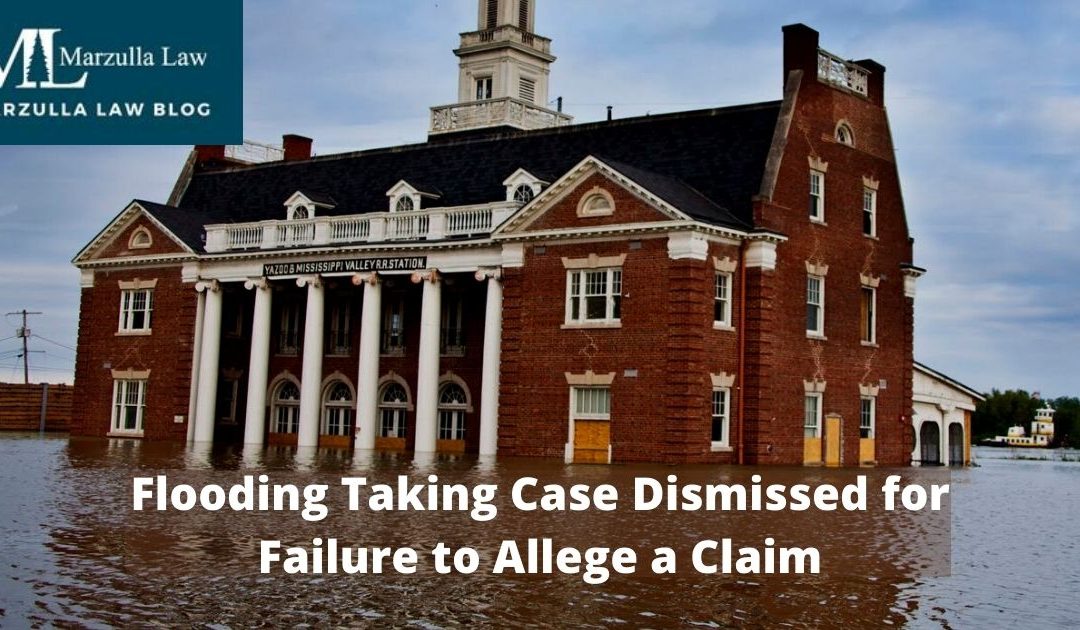 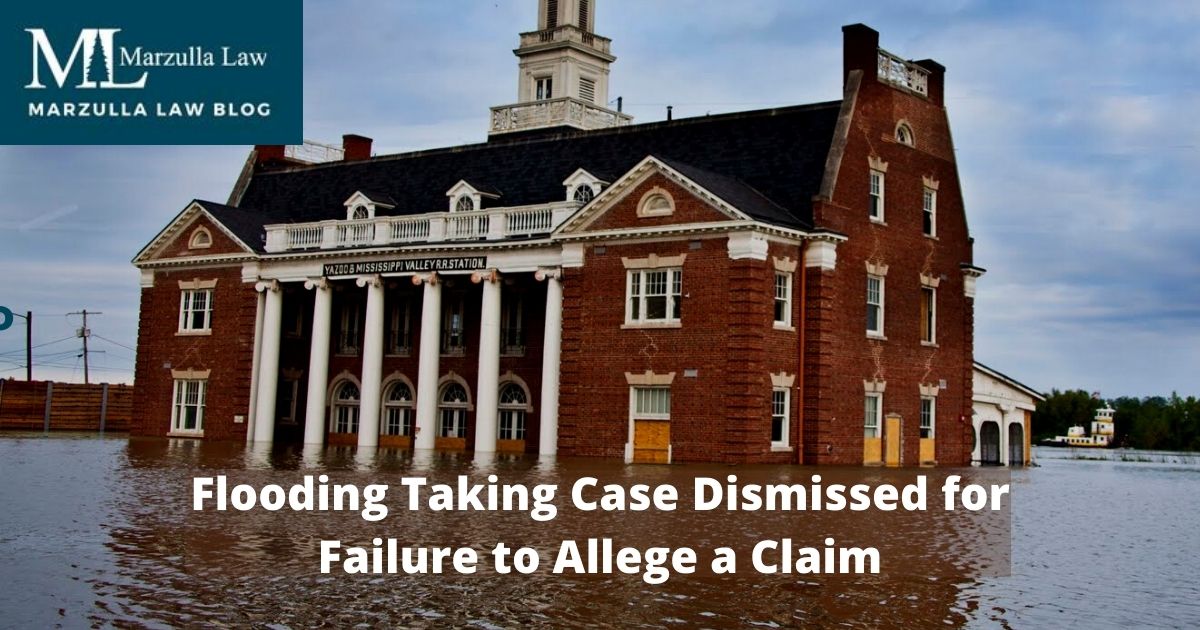 As a result, about 550,000 acres of the Yazoo Backwater area, including parts of Issaquena County, were flooded and the region remained flooded until the water receded in August 2019. The prolonged flooding damaged approximately 687 homes, and eroded and damaged infrastructure, including roads, culverts, pipes, and drainage structures owned and maintained by the Issaquena County Board of Supervisors.

In June 2021, the County sued for a taking of its property rights in the U.S. Court of Federal Claims. The Government moved to dismiss under Rule 12(b)(6), arguing that the complaint failed to allege a cognizable taking claim. The trial court agreed.

The Court held that, because the County’s taking allegations were based on the government’s failure to construct pumps to remove accumulated ponding behind the levee system and a floodway for the Yazoo Backwater area, those allegations could not support a taking claim: “In other words, plaintiff argues that the government should have taken some action to prevent the flooding that occurred. Thus, plaintiff’s takings claim is plainly based on government inaction.”

The Court also rejected the County’s argument that its taking claim was based on the CFC’s ruling in another flooding case, Upstream Addicks & Barker (Texas) Flood-Control Reservoirs. (Houston flooding case). The Court distinguished the ruling in the Houston flooding case, explaining that liability in that case was the “direct result of the government’s construction, modification, and operation of the Addicks and Barker Dams. . . .”