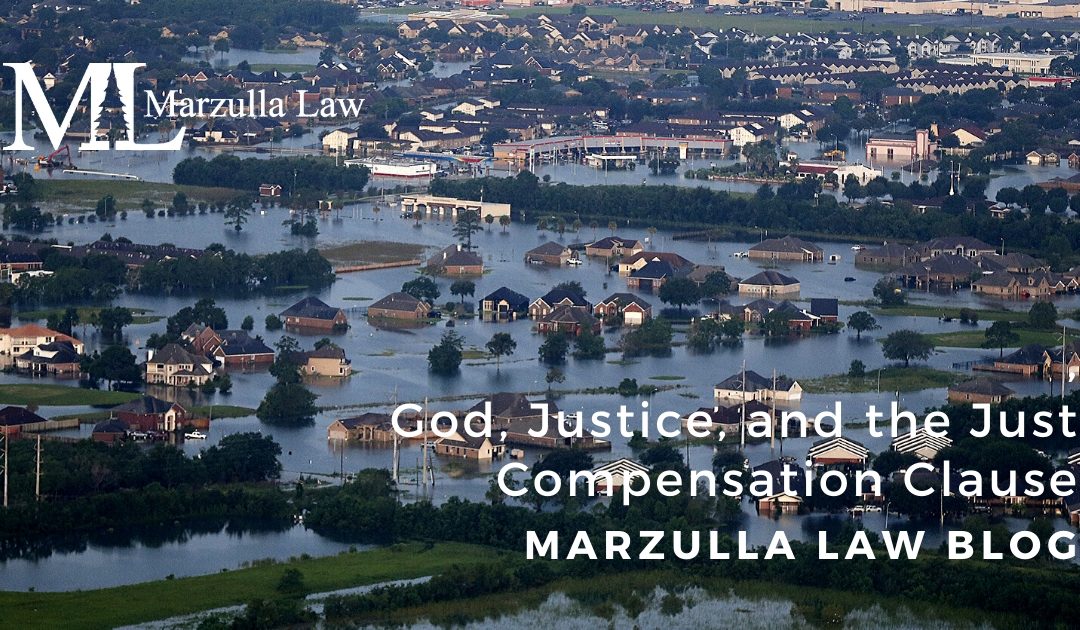 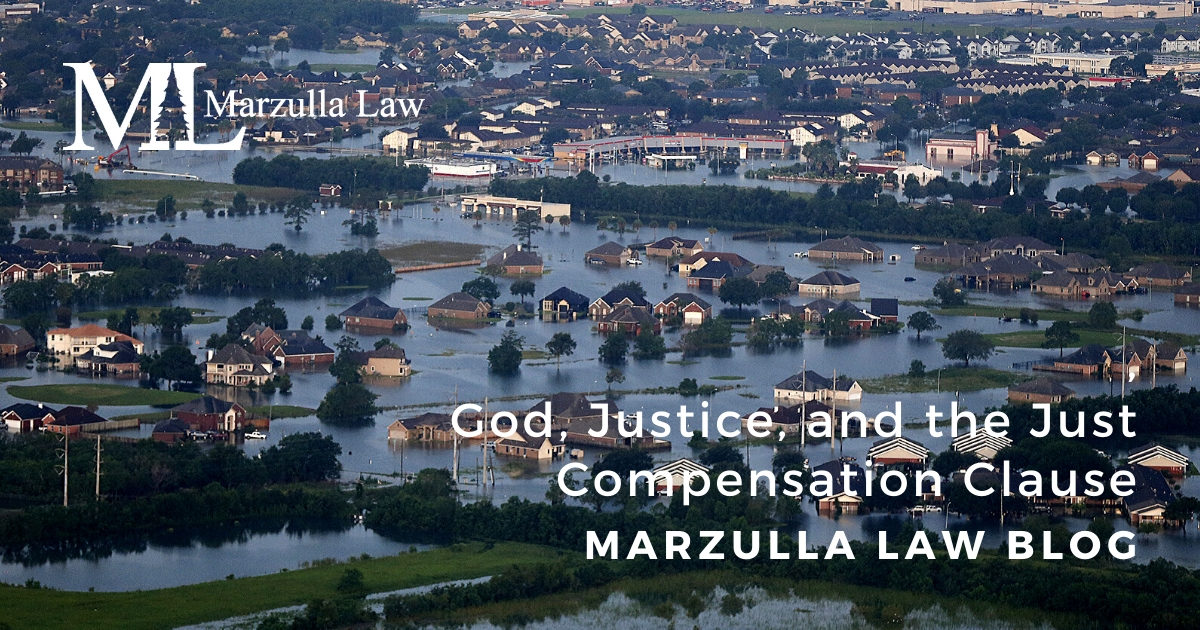 In 2017, Hurricane Harvey struck Houston with an Old Testament vengeance, and many homes and properties in Harris County, Texas were destroyed by flooding. The U.S. Army Corps of Engineers had erected two dams to mitigate downstream flooding, but in the wake of the heavy rainfall associated with Harvey, the Corps opened two reservoir gates (Addicks and Barker Reservoirs). The Corps’ releases resulted in massive amounts of floodwater destroying homes and businesses in its wake, all along the area known as Buffalo Bayou.

The Court held that the case turned on two issues:

Although the Downstream Owners had defined their property interest as an easement taken by the Government’s storing of water on their land, the Court defined the property taken as a right to “perfect flood control.”  Having so defined the property interest, the Court held that the Downstream owners did not have a cognizable interest in perfect flood control “in the face of a record-setting Act of God such as Hurricane Harvey.”

Having concluded that the Downstream Owners did not have a property interest under state or federal law, the Court stated that it could not hold the Government liable or find it responsible for “imperfect control of waters created by in perfect flood control by an Act of God.” The Court noted, but was not persuaded by, the Court’s reasoning and conclusion in the Upstream Owners lawsuit, which had held the Government liable for an unconstitutional taking based on the Corps’ operation of the Addicks and Barker Dams and Reservoirs during Hurricane Harvey.