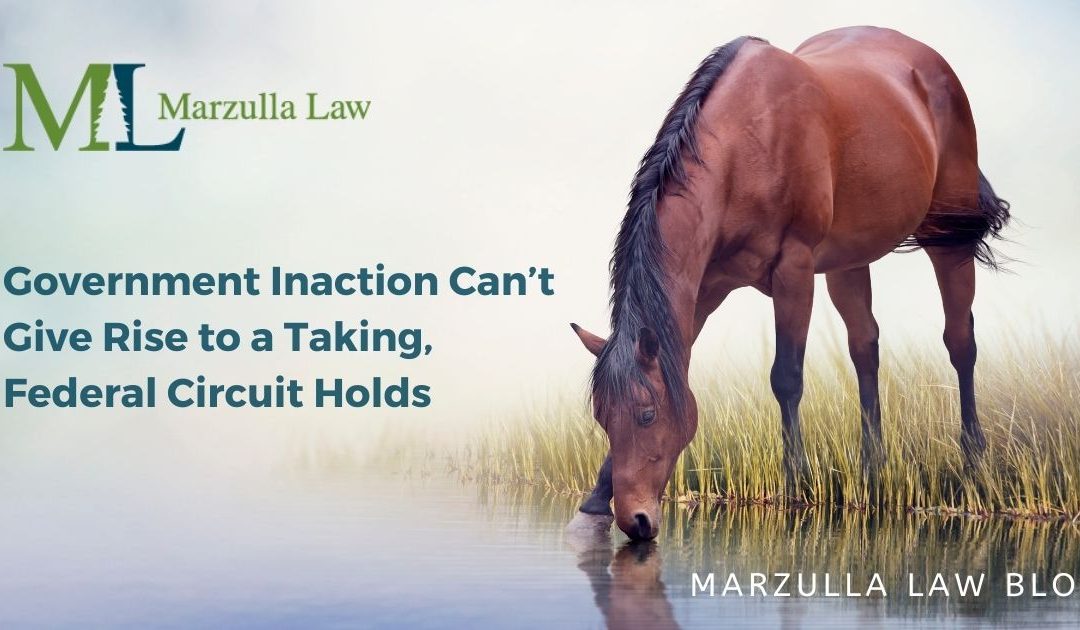 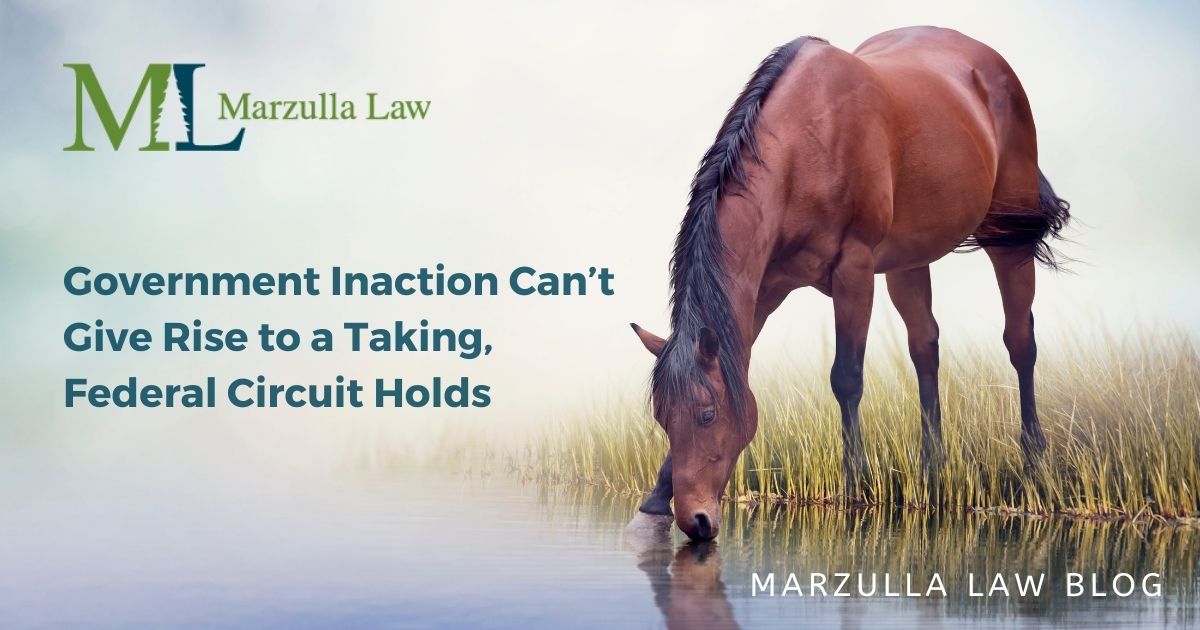 On August 30, 2019, Bench Creek Ranch, LLC, owned by Paul Plouviez, sued the United States in the U.S. Court of Federal Claims, seeking over $800,000 in just compensation for the taking of the Ranch’s water rights in federal land covered by Bench Creek’s grazing permit. The Bench Creek Ranch is located in Washoe County, Nevada, and is surrounded by federal land. After a wildfire in July 2017, Plouviez claimed that he counted at least 500 wild horses drinking water from land subject to his grazing permit.

In its complaint, Bench Creek alleged that the Bureau of Land Management’s “failure to manage the wild horses occupying Plaintiffs[’] ranch has effectuated a taking of their property” under the Tucker Act (the jurisdictional statute of the Court of Federal Claims).

The trial court granted the Government’s motion to dismiss Bench Creek’s lawsuit, agreeing with the Government that the claim alleged a nuisance, which is a tort and therefore lies outside the CFC’s jurisdiction.

Relying on the Federal Circuit’s decision in a flooding case, St. Bernard Parish Government v. United States, the trial court also held that it lacks authority to hear the claim because the suit challenges government inaction, which the Federal Circuit has held cannot support a taking claim.