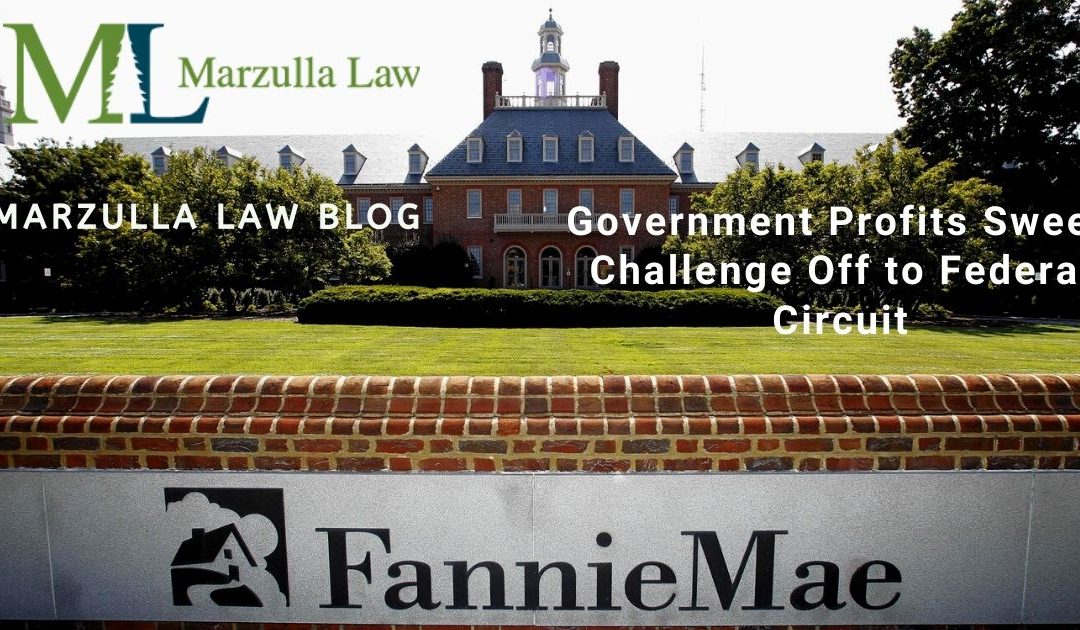 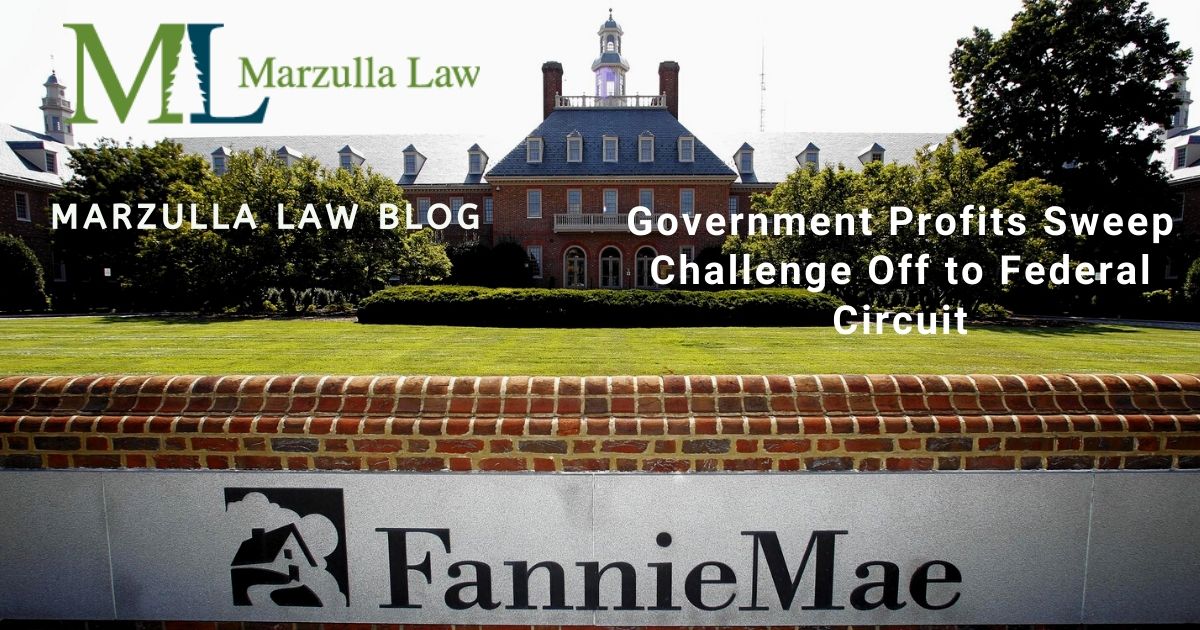 Fairholme Funds, Inc. v. United States is the lead case of more than a dozen suits filed by shareholders of Freddie and Fannie stock alleging Fifth Amendment taking without just compensation and illegal exaction of an estimated $124 billion over the amounts originally loaned to the corporations.

Last December, Chief Judge Margaret Sweeney ruled that the shareholders lacked direct standing to sue but could assert derivative claims on behalf of the corporations because the corporations were under conservatorship but the Agency, as conservator, could not sue the Treasury. Both sides asked the Court to certify several controlling issues of law for resolution by the Federal Circuit Court of Appeals, which has discretion to decide whether to hear this interlocutory appeal or instead to require the parties to complete trial proceedings before appeal. The other shareholder cases are stayed until resolution of the Fairholme Funds interlocutory appeal.

The six questions (three from Plaintiffs and three from the Government) certified by the Court of Federal Claims are:

(1) Whether the court lacks subject-matter jurisdiction over Plaintiffs’ direct claims for breach of fiduciary duty and breach of implied-in-fact contract.

(2) Whether Plaintiffs who purchased stock in Fannie and Freddie after the PSPA Amendments lack standing to pursue their direct takings claims.

(3) Whether Plaintiffs lack standing to pursue their self-styled direct claims because those claims are substantively derivative in nature.

(2) Whether the FHFA-C’s actions are attributable to the United States such that the court possesses subject-matter jurisdiction to entertain Plaintiffs’ derivative takings and illegal exaction claims.

(3) Whether Plaintiffs’ allegations that the FHFA entered into an implied-in-fact contract with the Enterprises to operate the conservatorships for shareholder benefit fail as a matter of law.

The Federal Circuit has not yet decided whether to accept the case. The decision of the Court of Federal Claims is here.