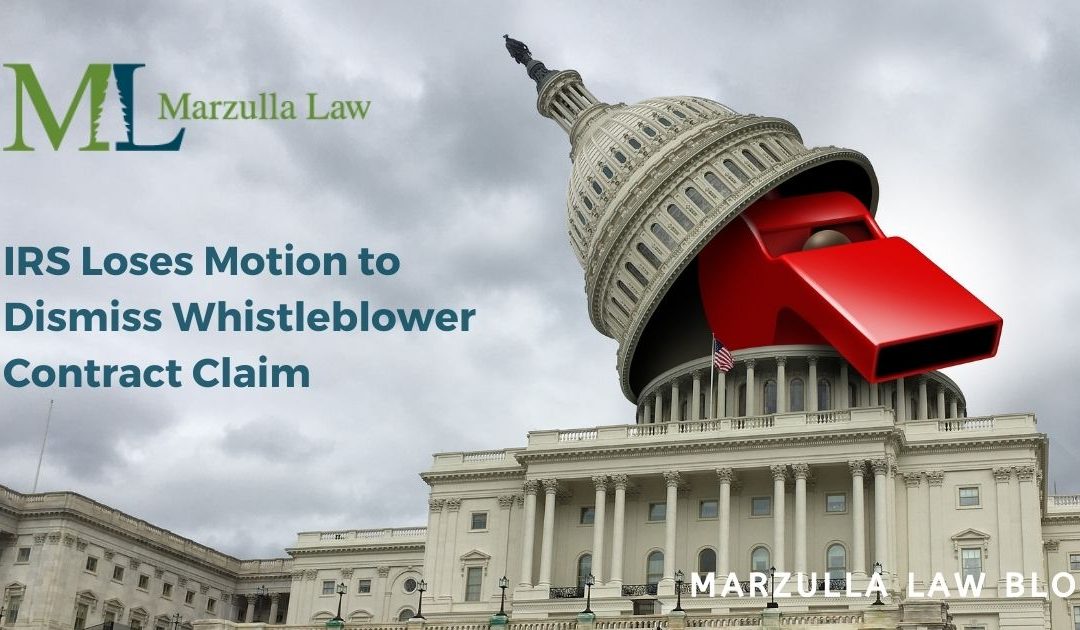 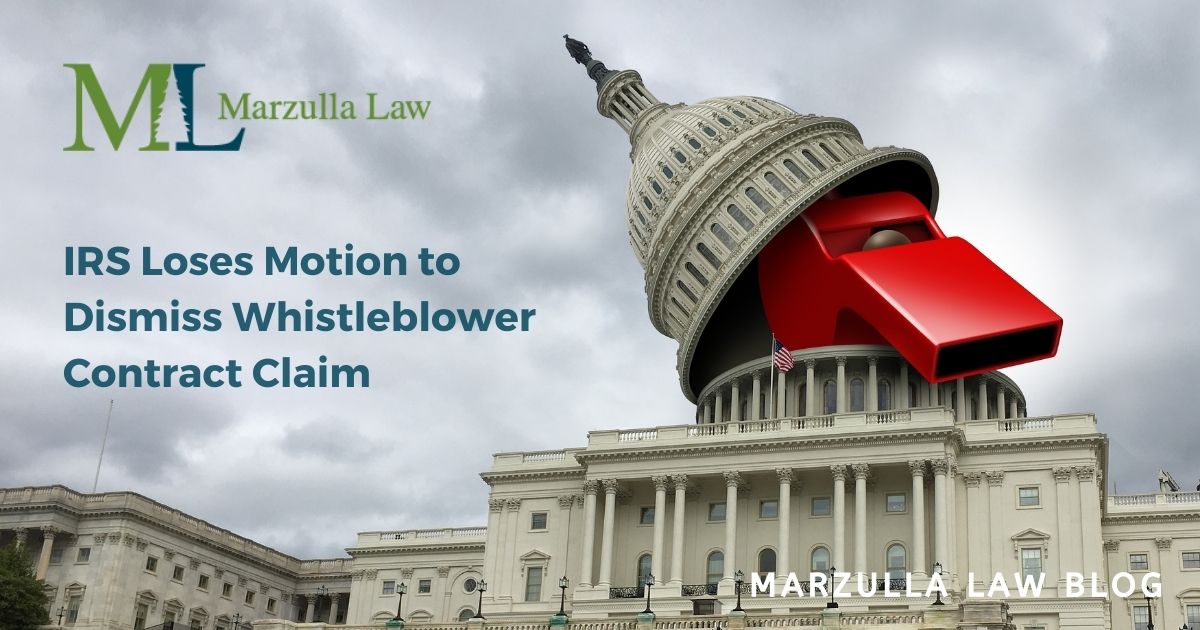 John Doe served as a confidential informant for the IRS in a criminal payroll and corporate income tax evasion investigation.  Doe claims that IRS agents promised to pay him a reward of 15% of any taxes collected because of information he provided to them about his then-employer.

At the IRS’s behest, Doe remained employed with the employer under investigation, and based on information Doe provided, the IRS succeeded in obtaining plea agreements with target principals of the investigation. The IRS also succeeded in collecting an undisclosed but apparently significant sum in taxes owed and continues to pursue collection of taxes owed by the target taxpayers.

Initially the IRS fulfilled its end of the agreement, and paid Doe a preliminary award of a portion of the amount Doe claims he is entitled to. But when he contacted the IRS Whistleblower Office to inquire about subsequent payments, he was told that the IRS would make no further payments to him.

Doe sued for breach of an implied-in-fact contract in the U.S. Court of Federal Claims, and the Government moved to dismiss for lack of jurisdiction and failure to state a claim. The Internal Revenue Code authorizes the agency to “pay such sums” as necessary for “detecting underpayments of tax.”  26 U.S.C. §7623 (Supp. V 2000).  But to fall within the Tucker Act’s waiver of sovereign immunity, a contract claim must be based on an express or implied-in-fact contract with the United States. Further, for the Government to be contractually bound, there must be an enforceable contract between the informant and the Government, which the parties negotiated and fixes a specific amount as to an award.

Here, the Court found that the IRS had indicated to Doe that it would “pay Plaintiff a preliminary award based on ‘collected proceeds’ as well as fifteen percent of all ‘[p]ost-decision proceeds. . . that may be collected. . . .” On that basis, the Court concluded Doe had stated a plausible breach-of-contract claim, including the contractual duty of good faith and fair dealing that is implied in every contract.

As a result, the Court denied in part and granted in part the Government’s motion to dismiss the lawsuit.