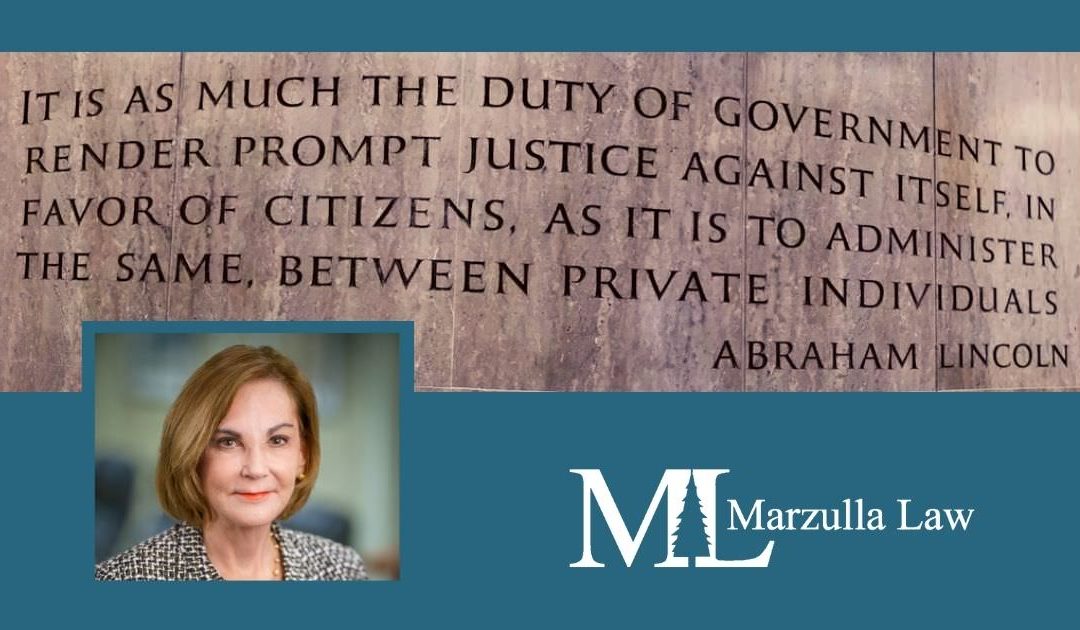 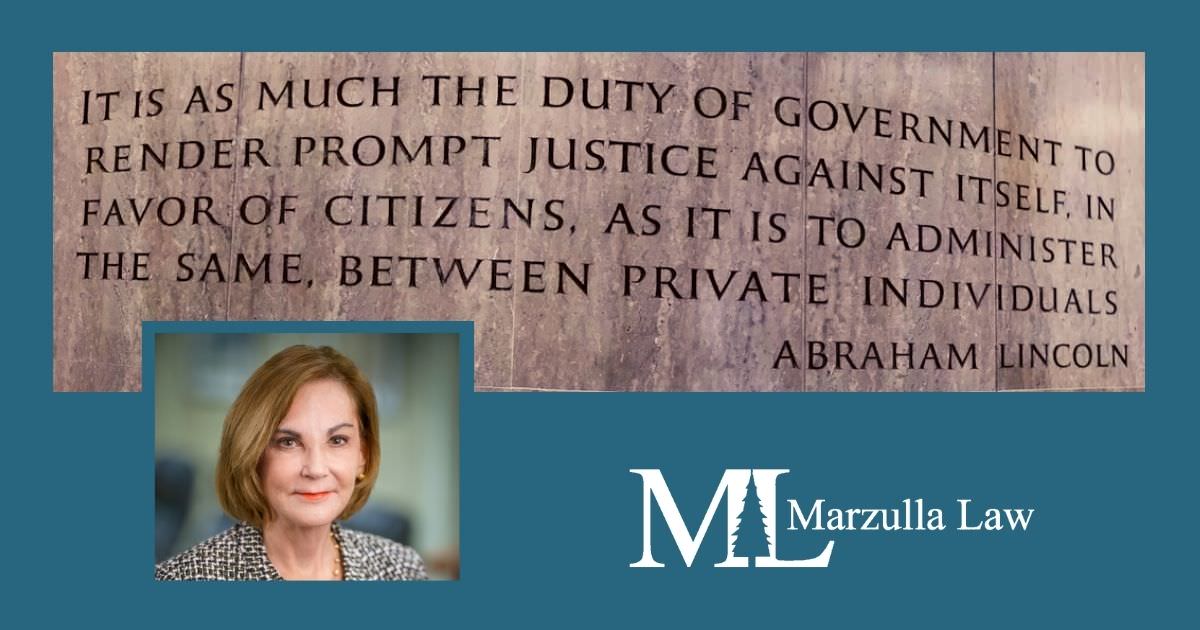 The Madison Award is presented to members of the Court family who have “contributed notably to the advancement of justice and the rule of law.” The award was presented to Nancie Marzulla by Chief Judge Margaret M. Sweeney at the Judicial Conference on October 15, 2020.

Often called the People’s Court, the U.S. Court of Federal Claims is a federal court that hears monetary claims against the U.S. government. It is the direct successor to the United States Court of Claims, which was founded in 1855, and is therefore a revised version of one of the oldest federal courts in the country.

Examples of claims against the government that may be brought in the U.S. Court of Federal Claims include breach of contract by the federal government, inverse condemnations or taking of property claims under the 5th Amendment, federal employee back pay claims, and certain breach of trust claims by Indian tribes.