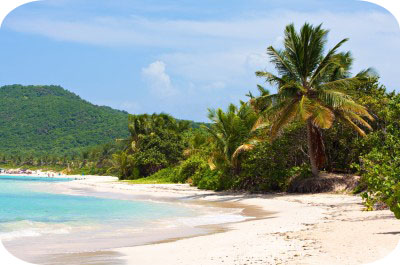 In 2006, four landowners of a property on Culebra Island in Puerto Rico entered into an agreement to sell the property. Before that sale could be consummated, the United States Government made a claim of title to the same property, which caused the buyers to back out of the sale. Although the landowners attempted to resolve the dispute, the Government continued to assert a claim of title, ultimately depriving the landowners of the ability to sell their land to anyone. The landowners have filed suit in the U.S. Court of Federal Claims, Katzin v. United States, seeking just compensation under the Fifth Amendment for the Government’s taking of their property.

On March 26, 2006, the landowners entered into a contract to sell their property for $4 million. At the time, the landowners disclosed to the buyers that the U.S. Fish & Wildlife Service had certain ownership rights to the maritime zone of the subject property and that it had previously acquired a permanent conservation easement on an adjoining property. As part of the due diligence review, the buyers contacted the Director of the FWS Division of Realty of the Southeast Region and requested clarification of the rights, title, and interest of FWS in the property. The Director replied stating that FWS owned not only the adjacent seaside property but also portions of the subject property.

Having been told that FWS owned the property, the buyers backed out of the contract, charging the landowners with making material misstatements of facts in the disclosures made in contemplation of the execution of the Deed of Purchase and Sale.

And although the landowners made numerous requests, FWS never provided any legal basis for its ownership claims of that portion of the subject property. As a result, the landowners filed suit against the Government for destruction of their valuable property rights in land and contract.

The Chain of Title

In spite of the chain of title and other documentation demonstrating that no title transfer of any part of the subject property was ever made to the U.S. Navy, the Government still contends otherwise, with FWS claiming ownership rights without any supporting documentation. Furthermore, the Government amended its map of Culebra showing not only the properties owned by FWS, but also showing that it allegedly owns the entire peninsula wherein the subject property is located.

Throughout the course of this entire matter, the Government has refused to provide legal documentation proving its acquisition of title to the Subject Property.