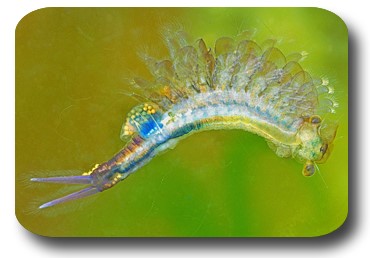 In 2003 the U.S. Fish and Wildlife Service (“FWS”) designated 143 acres of privately owned land in San Diego County, California as “occupied” by the San Diego fairy shrimp — also known as sea monkeys — an endangered aquatic crustacean about the size of an ant and with a lifespan of about 30 days. In 1997 the fairy shrimp was listed as an endangered species under the Endangered Species Act, which authorizes FWS to designate private property as “critical habitat” if an endangered species is found to be occupying the land.

According to the Endangered Species Act (ESA), a critical habitat is defined as “the specific areas within the geographical area occupied by the species, at the time it is listed… on which are found those physical or biological features (I) essential to the conservation of the species and (II) which may require special management considerations or protection.”

In 2008 the property’s landowners, Otay Mesa Property, LP, sued to challenge the designation of their property as a critical habitat. In 2010 the D.C. District Court ruled in favor of FWS, holding that their designation was lawful.

The landowners appealed to the U.S. Court of Appeals for the D.C Circuit. In their opening brief, the landowners explained how devastating the designation was on their ability to use their valuable, commercial property:

FWS’s designation of critical habitat on non-federal property significantly impairs and restricts the Landowners’ ability to use and develop highly valuable privately owned land. The designation will likely not alter not only the use of the Landowner’s property, but also the use of other property in the area as development shifts, roads and utilities are rerouted, and land uses changed to avoid disruption of the critical habitat. Given the location of this property directly in the path of development resulting from the soon-to-be-opened border crossing, the designation of critical habitat for the San Diego fairy shrimp inevitably affects the quality of the human environment in the Otay Mesa area.

The landowners argued that the FWS erred on several levels in arriving at the determination that the Otay Mesa property should be designated as a critical habitat for the San Diego fairy shrimp and that the species “occupied” the land. The D.C. Circuit agreed. In its opinion, the court listed three major factors that pointed to a lack of substantial evidence for the FWS’s determination that the property was “occupied” by the fairy shrimp:

The appellate court ultimately ruled for the landowners, vacating the designation of the landowners’ property as “critical habitat,” and reversed the district court’s grant of summary judgment to the FWS.  The D.C. Circuit also held that although courts must give great deference to agency decisions, that “deference is not abdication.  This case illustrates… that distinction…. The current record is simply too thin to justify the action the Service took.”

“We are pleased that the appellate court agreed that occupied should mean just that, and not whatever the agency argues it should mean,” said Nancie Marzulla, attorney for the landowners. “This land should never have been designated as critical habitat in the first place.”