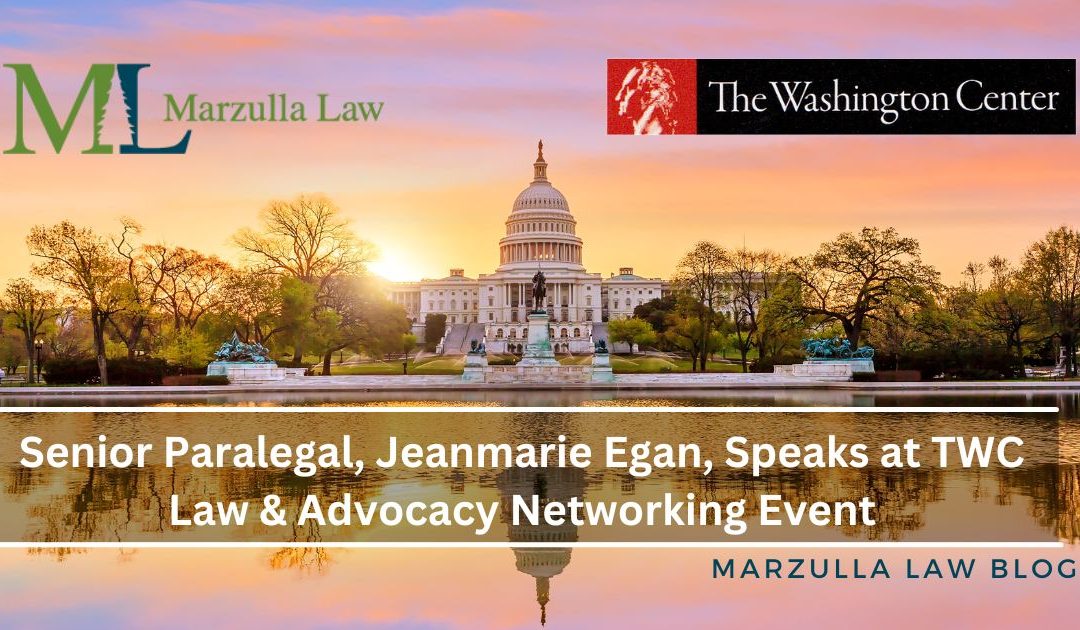 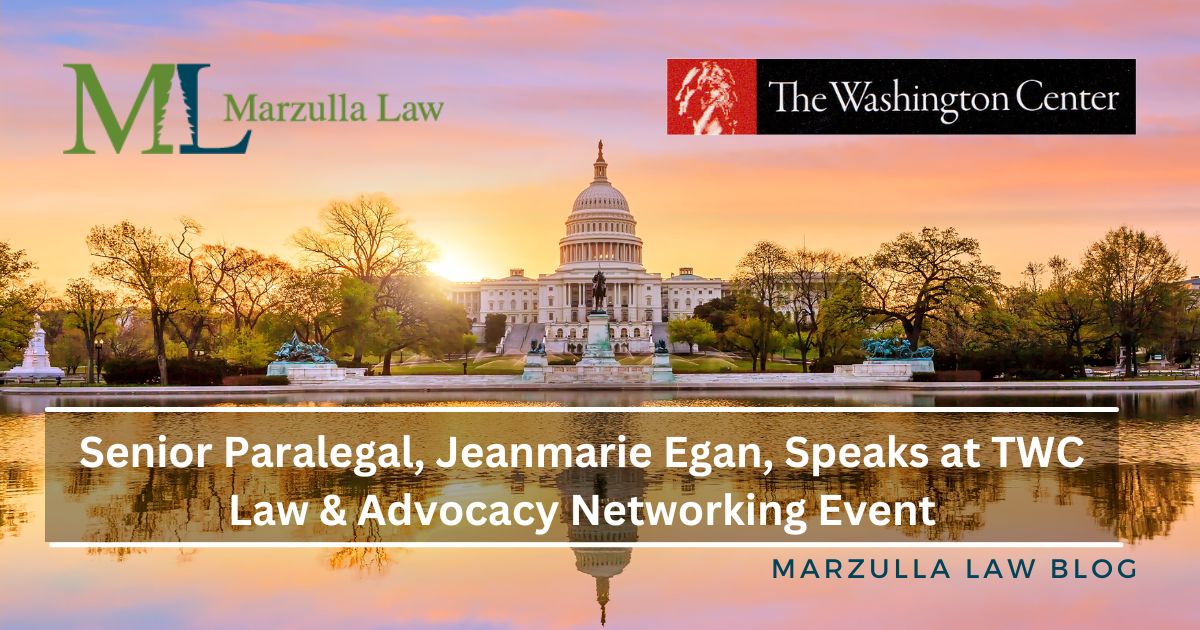 Marzulla Law’s Senior Paralegal, Jeanmarie Egan, had the privilege of speaking at The Washington Center’s Law and Advocacy Networking Event on Monday, October 24, 2022. The Washington Center is a nonprofit organization that provides immersive internships and academic seminars to students from hundreds of colleges and universities and young professionals from all across the United States and more than twenty-five countries.

Marzulla Law has been an engaged partner with The Washington Center for over a decade, hiring interns exclusively from the center. Our firm is grateful for the bright and talented interns the organization has offered to the firm, including Jeanmarie Egan who was a legal intern in the fall of 2019. Now, in addition to her responsibilities as a paralegal, Egan serves as the supervisor for the firm’s legal intern program.

Egan was asked to speak to a group of about fifty Washington Center students at the program’s headquarters in Washington, D.C. to provide her insight and guidance on being a paralegal, her career goals, her law school application experience, and reflect on her time at The Washington Center. When asked questions about being a paralegal, Egan explained her love for the position. She said multitasking abilities, detail-orientation, especially in writing, and efficiency are the three greatest skills to have and develop as a paralegal. She has loved the ability to learn about industries and expertise that she otherwise may not have, such as agriculture, environmental protection, irrigation systems, military flight operations, erosion mitigation, and energy development.

Joined by three other distinguished Washington Center alumni, including a law student, hill staffer, and nonprofit director, Egan discussed her greatest takeaways from her time at center. She encouraged students to make the most of their time while in D.C. through networking, often a daunting task for young working professionals, but Egan’s advice was to start with colleagues and fellow students at the center. Egan also pushed students to do regular self-evaluations of their work as an intern. She explained that making yourself a vital piece in an organization’s success is the most effective way to secure job opportunities and meaningful references. Initiative goes a long way and if a student is feeling unfulfilled in their current role, self-evaluate and speak with someone at the internship site about how the unique skill set that student has may be put to better use with tasks that meet his or her career ambitions.

Finally, all of the speakers emphasized, comforting many students, is it normal to not know what one wants to do immediately after graduation. Instead, many young professionals, including Egan, are delighted in the opportunity to audition many career paths before ultimately choosing one. With the influx of information that all students and young professionals are privy to as a result of the internet, and especially social media, opportunities are endless. Egan stressed that being a Washington Center student places a great deal of those opportunities at each student’s feet, but they must make the effort to actually take hold of them. 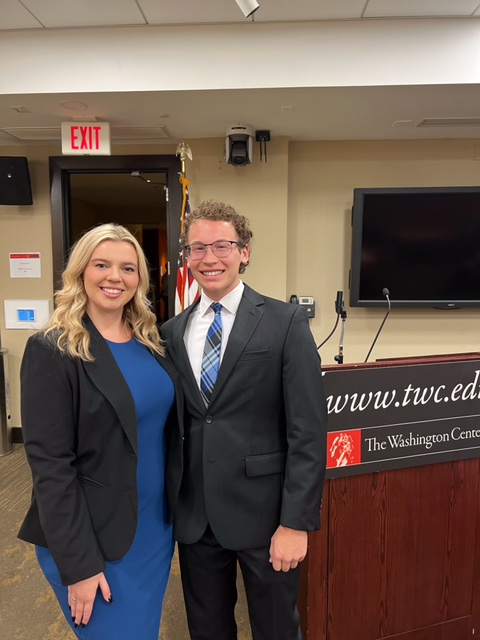 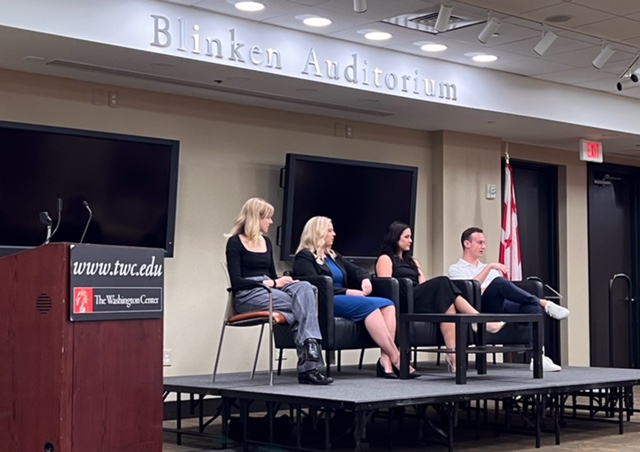