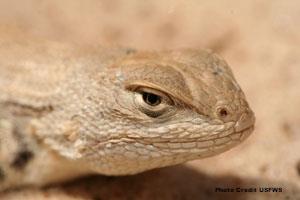 Wildlife protection has been historically primarily a state function.  The states have regulated hunting and fishing, land development, industry, mining, forestry (except on federally owned lands), and water allocation.  Many states have even enacted their own species protection statutes, integrating them with land use regulations affecting wildlife habitat.  But the federal Endangered Species Act largely ignores the historic and constitutional role of the states in protecting the wildlife within their borders, imposing instead an overlay of Washington-based command-and-control regulation that ignores — and sometimes conflicts with — state species protection programs.

The Endangered Species Act provides no encouragement to private interests to protect species before they are listed, relying instead on a strictly punitive program of civil and criminal penalties once a species is listed.  And once a species is listed as endangered, rarely is that species ever recovered.  A listed species instead remains in danger of extinction — a condition that could and should have in many cases been avoided by joint efforts of government and the private sector.

The Endangered Species Act also makes no provision for contractual arrangements or other flexible methods of protecting species (along with economic growth).  Instead, the ESA relies exclusively on inflexible federal regulatory prohibitions and requirements that often fail to take account of both state and private conservation activities — and in some cases actually make them illegal.

The Texas Conservation Plan For the Dunes Sagebrush Lizard

On December 14, 2010, the United States Fish and Wildlife Service proposed the Dunes Sagebrush Lizard for listing as endangered under the Endangered Species Act.  The potential listing of the Dunes Sagebrush Lizard is critical to Texas’s economic interests because the lizard’s habitat lies in the middle of one of the nation’s most productive oil and gas formations — Texas’s Permian Basin.  According to data from the Railroad Commission of Texas, since their discovery in 1921, the Permian Basin oil fields have produced over 29 billion barrels of oil.  In 2012, the most recent total production year available, that Texas industry produced more than 430 million barrels, which accounts for 57% of statewide Texas oil production, and 14% of the total United States oil production (approximately 2 billion barrels) according to data obtained from the United States Energy Information Administration.

When faced with the listing of the Dunes Sagebrush Lizard, the State of Texas — under the leadership of the Texas State Comptroller, Susan Combs —decided to take a different approach by developing a Conservation Plan for the threatened species.  Shortly after publication of the proposed listing rule, the Texas Comptroller convened a committee of local, State, and Federal officials, along with private and commercial representatives and stakeholders, such as the Texas Parks & Wildlife Department, the U.S. Department of Agriculture’s Natural Resources Conservation Service, Texas A&M University, the Texas Wildlife Association, and members of the public, to develop the Texas Conservation Plan for the Dunes Sagebrush Lizard.  With guidance from the U.S. Fish and Wildlife Service, these groups worked together to craft an agreement that would protect the Dunes Sagebrush Lizard without destroying the economic vitality of the region, and reward private landowners for voluntarily agreeing to participate in the goal of protecting the lizard’s habitat.

The Texas Conservation Plan is Challenged in Federal Court

But two organizations advocating listing filed a lawsuit in June 2013, in the U.S. District Court for the District of Columbia, purportedly challenging the U.S. Fish and Wildlife Service’s withdrawal of the proposed rule.  At bottom, however, the lawsuit challenges the Texas Conservation Plan, which balances the interests of endangered species protection with protection of the Texas economy.  Should these groups prevail, the federal government may be forced to list the species as endangered, imperiling the Texas Conservation Plan.

Susan Combs, in her official capacity as the Texas Comptroller of Public Accounts, has successfully intervened in the lawsuit filed by Defenders of Wildlife and Center for Biological Diversity against the Secretary of the Interior and the U.S. Fish and Wildlife Service (Defenders of Wildlife v. Jewell, No. 13-cv-00919RC).  Industry stakeholders, such as the American Petroleum Institute and the Independent Petroleum Association of America, have also successfully intervened in the suit.

“We are pleased to represent the Texas Comptroller in this litigation, where such important interests are at stake,” said Nancie Marzulla, lead counsel for the Texas Comptroller.  “Striking a balance was critical since the Dunes Sagebrush Lizard habitat includes much of the Permian Basin, the heart of Texas’s oil country.  The Permian Basin supports 47,000 jobs in the oil and gas industries alone.”

The Texas Comptroller moved to intervene in the suit on August 16, 2013, and the court granted that motion on October 24, 2013.  “The judge’s decision ensures that stakeholders who worked on an important lizard conservation plan have a say in the proceedings,” Comptroller Combs said.  “The plan is part of our continuing efforts to help Texas strike an appropriate balance between environmental protection and economic growth.”

The Court further ordered that the parties submit a Joint Status Report, including a proposed briefing schedule, by November 22, 2013.