Nancie G. Marzulla is a founding partner of Marzulla Law and is recognized as one of the leading federal takings lawyers in the country. She represents property owners, developers, water districts, Indian tribes, and business owners and others in litigating money damages claims in the U.S. Court of Federal Claims, where she is Co-Chair of the Court of Federal Claims Chief Judge’s Advisory Council.

Nancie served as an Attorney-Advisor and litigation attorney in the Civil Rights Division at the U.S. Department of Justice. Later, Nancie joined the law firm of Verner, Liipfert (now DLA Piper), where she litigated complex airline and other civil matters. In 1991, she founded Defenders of Property Rights, where she was involved in takings cases in the Supreme Court, federal courts of appeal, and trial courts. Nancie also worked at the International Labor Organization in Geneva, Switzerland doing comparative legal research.

Nancie is President of the Washington Chapter of INBLF, network of highly credentialed law firms across the United States, Canada and around the globe.

Nancie has testified in Congress, before regulatory agencies, and in State legislatures on a variety of property (including intellectual property), water, and environmental matters. She has also authored articles on environmental and property rights for the ABA and other publications, and has been interviewed on radio and television. She is a regular speaker at programs sponsored by the U.S. Court of Federal Claims bar association, the Court of Federal Claim’s Judicial Conference, the ABA, and other CLE programs. She is coauthor of Property Rights: Understanding Government Takings and Environmental Regulation. 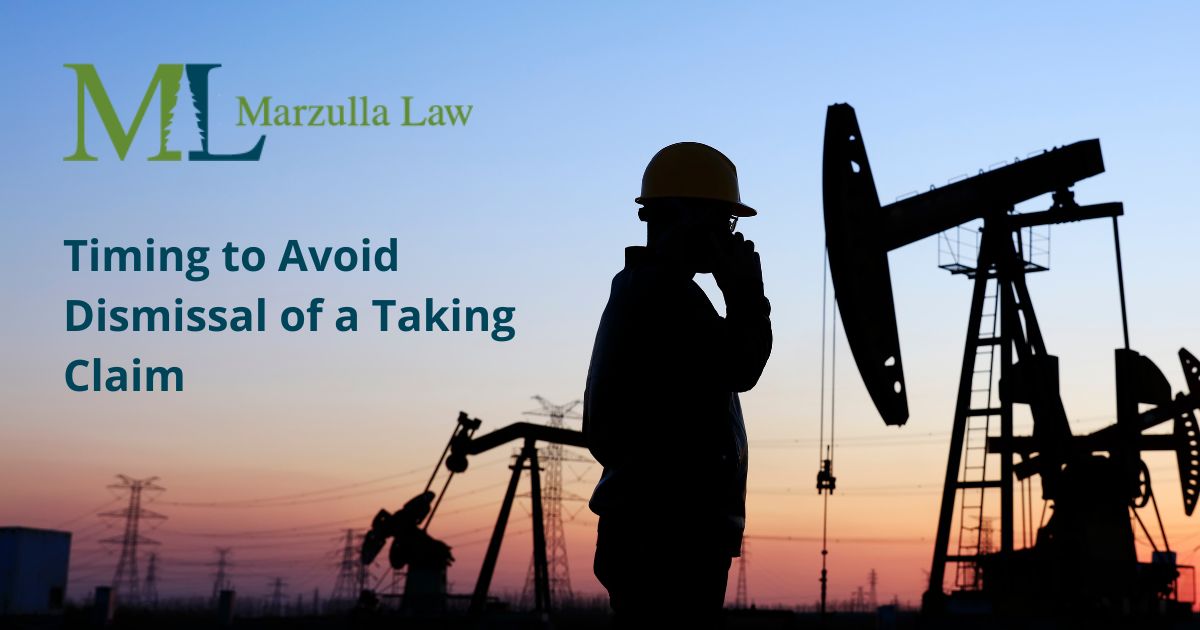 The decision of when to file a taking claim in the U.S. Court of Federal Claims is a critically important step in bringing a successful taking case....

END_OF_DOCUMENT_TOKEN_TO_BE_REPLACED 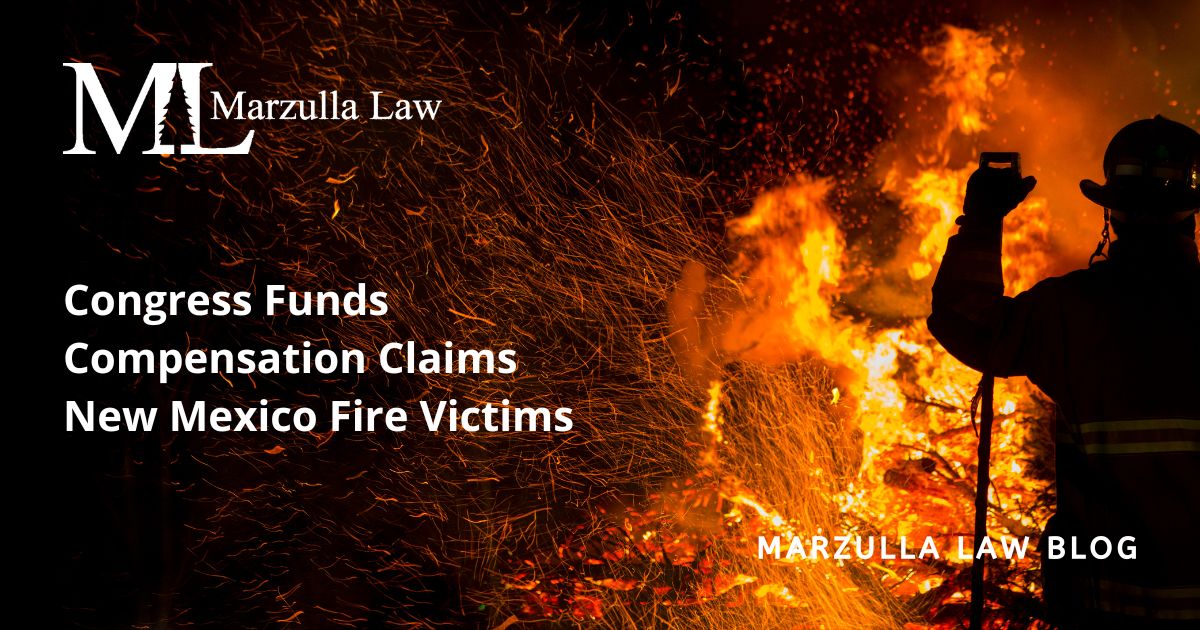 April 6, 2022 was a windy day in the Las Dispensas area of the Santa Fe National Forest. But the U.S. National Forest Service moved forward anyway...

END_OF_DOCUMENT_TOKEN_TO_BE_REPLACED 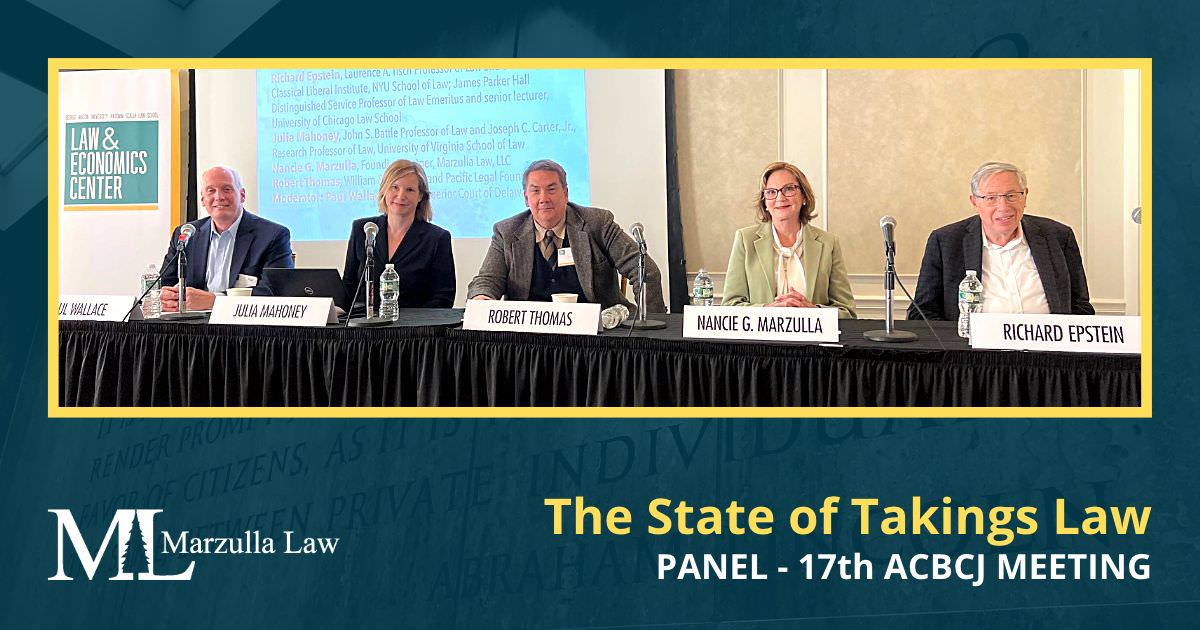 Our partner Nancie Marzulla participated in a panel discussion on 100 Years of Takings Law at the 17th Meeting of the American College of...