From environmental enforcement and litigation to regulatory matters and more, Marzulla Law has successfully represented clients including individuals, small businesses, corporations, and governmental bodies. We are experienced in litigating environmental issues in the Federal District Court and the Federal Court of Appeals and have handled cases involving every major federal environmental statute, including:

Marzulla’s Environmental legal practice is built upon the governmental experience of our founders, Roger Marzulla and Nancie Marzulla. 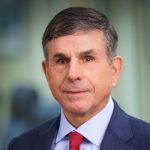 Roger Marzulla is one of the nation’s leading environmental lawyers. As Assistant Attorney General in charge of the U.S. Justice Department’s Environment and Natural Resources Division, he learned firsthand the operations and litigation styles of his client agencies, including EPA, the Interior Department, Bureau of Reclamation, Fish and Wildlife Service, and National Marine Fisheries Service. At the Justice Department, Roger helped create litigation strategies for government programs as diverse as Superfund, the Clean Air Act, off-shore oil leasing, environmental crimes, federal facility clean-up, wetlands, endangered species, and hazardous waste enforcement. Prior to this, he served as President of Mountain States Legal Foundation, litigating environmental and natural resource cases across the West. 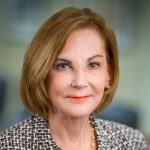 Nancie Marzulla has a background at the U.S. Department of Justice and founded Defenders of Property Rights, where she was involved in takings cases in the Supreme Court, federal courts of appeal, and trial courts. Her environmental litigation work is recognized as a “Tier One” practice by U.S. News and World Report and concentrates on water rights, takings, and contract claims in the U.S. Court of Federal Claims. Nancie has extensive experience in property, water, environmental law, development, and natural resources matters and represents clients in enforcement and permitting disputes with federal regulatory agencies. She has testified in Congress, before regulatory agencies, and in State legislatures on a variety of property, water, and environmental matters.